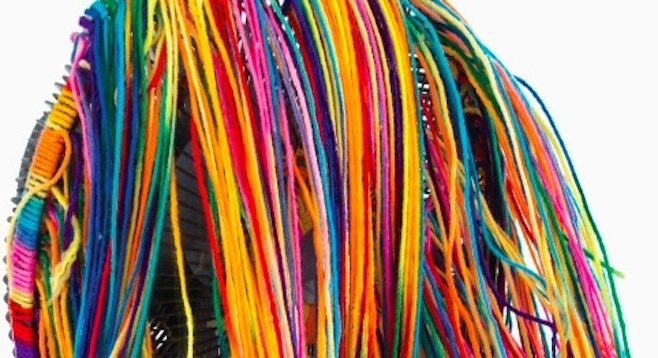 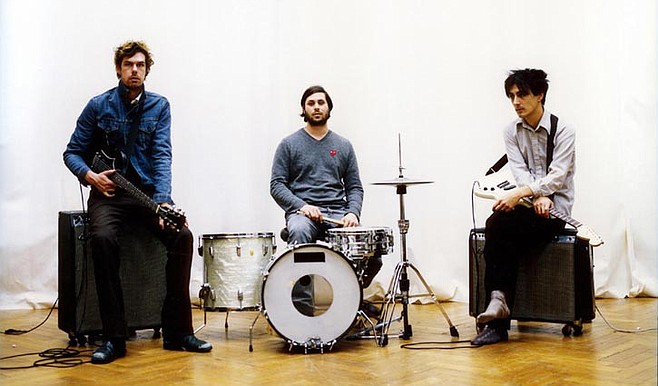 Like most Liars’ music, Mess is anxiety-ridden, dissonant, frantic. The seventh album is their third to be made in Los Angeles since leaving Brooklyn. With the change in location comes a change in sound: the group has transitioned from a guitar-driven band to electronics. Mess is more danceable than Liars’ past electronic efforts; however, the discomfort from the often dissonant sounds makes dancing seem just plain wrong.

Opener “Mask Maker” is playful but unsettling. Over a driving beat, an android voice makes a list of demands that the listener probably won’t want to fulfill: “Take my pants off, use my socks...eat my face off.” The robot controls the number for 1:40, when singer/guitarist Angus Andrew comes in with monotone vocals, similar to his droning friend from earlier. The artificial-intelligence-takeover is almost comical, proving Liars have a sense of humor about their sometimes-difficult music.

On “Vox Tuned,” “I’m No Gold,” and “Pro Anti Anti,” Liars commandeer dance beats found in your typical electro band and put them through a filter made by some dark underlord.

On “Can’t Hear Well,” Liars revert to ethereal synths from their 2012 release, WIXIW. The lush instrument pans left and right around Andrew’s voice, which repeatedly drops to a satanic drone and back to human. “Darkside” is all drips and drops of watery electronic keys. This instrumental number evokes a dark tropics feel.

The self-described musically “schizophrenic” Liars often change tempo, tonality, and instrumentation all within a single song. “Perpetual Village” switches dynamics and rhythm so often that initial listens can make one physical ill.

The listening anxiety that’s built up over the 30 minutes drops when the final drum beat of “Left Speaker Blown” fades. The silence feels hollow; the steady-as-a-heartbeat synth that’s left in its wake is comforting.

The discomfort of Mess is an artistic act of communicating, musically and lyrically, Liars’ common themes of universal uncertainty and anxiety. Liars explore their “messes” lyrically and through the music unlike other bands that shy away from such unsettling primal sounds. Although it can be difficult to listen to, their methods are effective, cathartic. Sometimes it’s not what you say but how you say it.