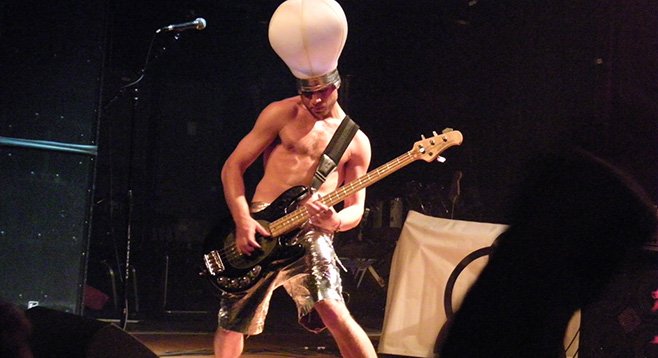 On September 28, local music fans will be able to “Rock the Boat” aboard the 500-capacity sternwheeler William D. Evans, on a cruise around Mission Bay. The event will be a fundraiser for the MARSOC Foundation, a Temecula-based nonprofit organization that offers support to active-duty and medically retired Marine personnel and their families.

Rock the Boat for MARSOC Foundation

The event is organized by Ocean Beach–based Jonathan Savage, who is bassist with tribute band the Red Not Chili Peppers as well as a member of the local military community. Beginning at 7 p.m., the ship’s two stages will feature music from Dead Feather Moon, Deadly Birds, UpRooted, Pilot Touhill, TarrBaby, and Oliver Trolley, plus between-set tunes from DJ Man-Cat.

The inspiration for Rock the Boat came from Savage’s day job. “I am almost at ten years of civil service for the Navy,” Savage says, “and having worked closely with active-duty members throughout my career, I’ve seen their sacrifice and heard countless stories during my time aboard their ships. I know first-hand that they often need more than our government provides as well as the reassurance that their community stands behind them with full support.”

Meanwhile, years of playing in bands such as Deaf Zero, the New Futures, and Dante’s Boneyard gave Savage the know-how to stage an event. “Being a musician and local music junkie for years, I wanted to share some of the knowledge I’ve accumulated on what makes a memorable night of live music,” he said. “But, my other desire was to take money and profit out of the equation and benefit a local charity that was visibly giving back to our community.”

Savage hopes for Rock the Boat to become an annual tradition. “There is definitely a niche for this event, in the long list of amazing things to distract ourselves here in San Diego,” he said. “It’d be a shame to work this hard for a one-time event, especially knowing how much easier subsequent years will be.” 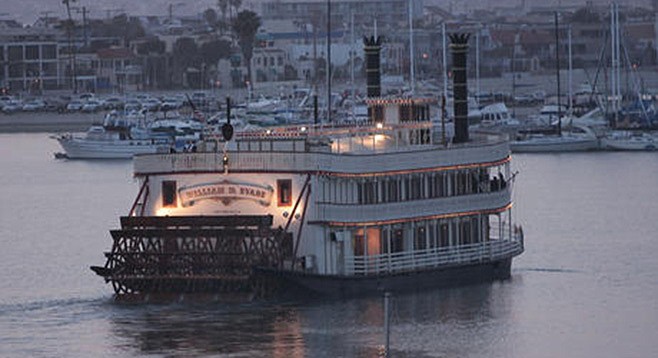 You should keep “all the cookies in the jar” on this mellow vessel.

While he is the promoter of this fundraiser, he says it’s a role he took on because he couldn’t find anybody else to. “I started a tribute band five years ago for the sole reason of getting away from music promotion,” he said. “I was really hoping to not promote this show myself, either, but it turns out there are a few things in this world people are not willing to do for free and one happens to be promotions.” So don’t look for Savage to branch out beyond this one project. “Establishing myself as a promoter is definitely not the goal of this project,” he remarked. “No offense to any promoters out there — I just don’t want your job.”

Savage notes there is one big difference between this event and a typical concert. “There is a possibility of sea sickness, but we are easily able to dock the ship to return sea-sick people back to stable ground,” he said. “However, due to the boat cruising Mission Bay’s completely flat waters, this shouldn’t be a big problem unless you’re incredibly sensitive to motion sickness. A large, slow-moving ship like this, in Mission Bay, will keep all the cookies in the jar.”