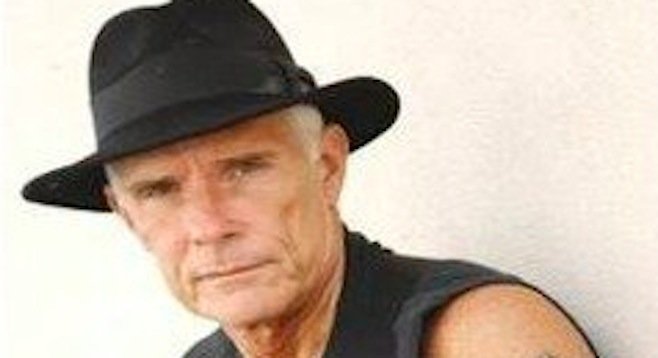 “They’re like the Led Zeppelin of mantra music, an extraordinary group of musicians who have accepted me into their musical world, despite all evidence being against it,” says Lake Hodges guitarist Greg Douglass of his upcoming collaboration with Deva Premal. Best known for chunky rock riffs heard on records by Greg Kihn, Van Morrison, and the Steve Miller Band (with whom he co-wrote “Jungle Love”), Douglass will appear with the ethereal trio at the Escondido Center for the Arts on November 3. “I’ll be hanging up my rock ‘n’ roll shoes for the evening and donning a pair of comfortable sandals.”

Despite what he calls “a longtime snotty, tragically hip attitude towards mantra music, or that hippie crap, as I so lovingly called it,”

Douglass unexpectedly found himself undergoing a life-changing experience, with its soundtrack provided by singer Deva Premal, her life-mate and guitarist Miten, and bamboo flute player Manose.

“I was undergoing an alternative therapy using an African root called ibogaine, which has incredible psychedelic properties. It’s used by the natives in Gabon, Africa, as a rite of passage for truly becoming a human being. It was a deeply holy experience — not a party drug — where I was shown visions from a God I had been cut off from my entire life. I went from staunch atheist to being part of the universe…all through the journey, I listened over and over to a CD called Dakshina by Deva Premal. The purity of her voice centered me and gave me hope. She and her cohorts saved my sanity and were part of a long, difficult transformation into a deep spiritual place within myself that I’m still able to access.”

“He was the happiest I’ve ever seen him. As I sat there with my pocketful of projects and my gorgeous wife Jeri by my side, I knew exactly how he felt…I’ve officially been playing guitar for fifty years, and there appears to be no gold watch or retirement dinner in sight.”