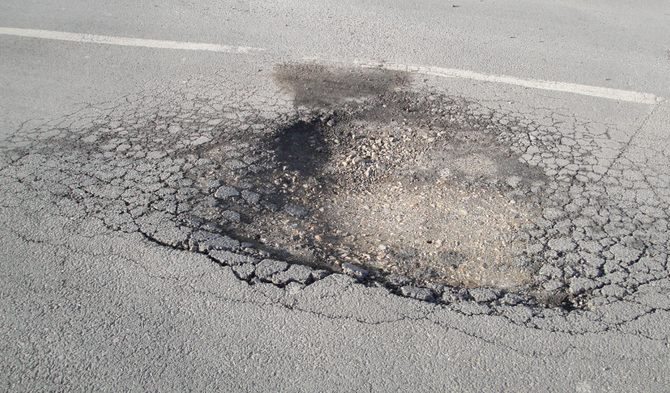 Hotel guru Jerry Morrison of Encinitas blames this year's weak performance on the funding cutback of the San Diego Tourism Authority and the impact of the sequester.

For the year to date through September, San Diego hotel occupancy is up only 0.8%, while San Francisco is up 2.8%, Orange County up 2.6%, and Los Angeles up 1.8%. San Diego also lags the other three California coast destinations in average daily room rate and revenue per available room.

Significantly, Morrison compares 2013 results with the same period of 2007, when the Great Recession was just gathering steam. San Diego's occupancy rate, average daily room rate, and revenue per available room are all in the minus column, while the other three metro areas are up — sturdily, in some cases.

Clearly, the funding cutback and the sequester are not significant factors over that six-year period. Something else is wrong. Some are finally suggesting that San Diego's billion-dollar infrastructure deficit — particularly the bad shape of parks, beaches, and other tourist draws — may be negatively impacting tourism, as well as the lifestyle of local residents.

In short, rundown roads and parks may be turning away potential tourists.

Akilah Weber graced with money from biotech, contractors, and Doordash

Hotel guru Jerry Morrison of Encinitas blames this year's weak performance on the funding cutback of the San Diego Tourism Authority and the impact of the sequester.

For the year to date through September, San Diego hotel occupancy is up only 0.8%, while San Francisco is up 2.8%, Orange County up 2.6%, and Los Angeles up 1.8%. San Diego also lags the other three California coast destinations in average daily room rate and revenue per available room.

Significantly, Morrison compares 2013 results with the same period of 2007, when the Great Recession was just gathering steam. San Diego's occupancy rate, average daily room rate, and revenue per available room are all in the minus column, while the other three metro areas are up — sturdily, in some cases.

Clearly, the funding cutback and the sequester are not significant factors over that six-year period. Something else is wrong. Some are finally suggesting that San Diego's billion-dollar infrastructure deficit — particularly the bad shape of parks, beaches, and other tourist draws — may be negatively impacting tourism, as well as the lifestyle of local residents.

In short, rundown roads and parks may be turning away potential tourists.

The house hearkens back to an era of craftsmanship markedly superior to modern construction.
Next Article

Simple, satisfying, and fitting for that beachy vibe

If you look at room rates in such places as LA, SF and Santa Barbara, you'll likely suffer a bad case of "sticker shock." Santa Barbara is especially egregious with Motel 6 routinely getting somewhere north of $150! Remember that 6 has the "lowest rate of any national chain", so any other chain motel/hotel rooms there are even more than that, and many of their properties are old, dingy, and in a word, dumps.

But those cities get those rates and San Diego lags. The tourism cabal will call for more promotion and advertising spending. But this is (or used to be) a natural tourist destination, and now it cannot keep pace with other spots in the state?

It will be a long and tiring job to convince the local power brokers that the bucks they want to sink into the convention center and a new and unnecessary stadium would be far better spent fixing potholes, getting better park facilities and security, making the beaches more attractive, and "stuff" like that. They might go for a Spring cleaning of the town, but only a one-shot effort.

I was in Old Town yesterday, and the area around there is looking ragged and, frankly, trashy. If you want to be seen as a world-class tourist destination, you have to put on something better than an everyday city musters. SD isn't doing that now, and cannot trade on its reputation.

Visduh: Excellent points. I agree with you that spending less money on advertising is only part of the problem. San Diego has to clean up the infrastructure, beaches, parks, etc. Such moves would do more for tourism.

San Diego can no longer claim that its poor tourism performance is related strictly to the advertising cutbacks and sequester. Those factors did not affect San Diego in the years after 2007 -- not until quite recently, actually.

The area around Old Town has always looked trashy. And, do tourists really come for the parks? That one seems like a stretch (except possibly for Balboa Park museums) . And, have you visited LA's coastal area? San Diego's Mission Bay and nearby Pacific Beach and La Jolla are a wonderland compared to many of the LA area beach offerings. And downtown San Diego's bayfront is still one of the most urban waterfronts you'll find.

LA does have the very big draws ala Disneyland, Universal Studios, even Hollywood which has had renaissance of sorts (lots of tourists mingling with the street bums).

It wasn't too long ago that San Diego was America's best kept secret as a tourist destination: Los Angeles and San Francisco have a decades-long lead over us in name recognition and top-of-the-mind awareness when it comes to vacation time. The fact that those areas might do a little better than San Diego during tight times should not be surprising.

Granted a new stadium isn't going to help, but neither will false clams about the city's fitness or desirability as a tourist destination.

Bob Hudson: Without Disneyland, I don't know what Orange County would have to offer tourists. It is true that L.A. beaches aren't so hot.

San Diego gets a lot of its tourists from L.A., and from Arizona in the summer. I don't know whether these numbers have sagged.

A new stadium will do next to nothing for tourism. A convention center expansion will only lead to bigger losses at the convention center. Sorry: I think that repairing the infrastructure in San Diego is not only promising as a boost for tourism, it will be a great relief for citizens. Best, Don Bauder

LA is a tourist destination in its own right, in addition to having an airport that serves a plethora of foreign and domestic airlines. As such it gets people who are coming and going from here, TJ, Orange County, and Las Vegas while they are passing through. With the glorification that TV, movies and mystery writers have given to LA, many people just want to see what Sunset Blvd, Malibu, Mullholland, and all those storied spots look like. And so they visit the city. Much of that isn't spoiled by the grit or trash; that's what they came to see.

San Diego is different. They are looking for Hawaii without leaving North America, and that's what they have been led to expect. But it isn't that, never can be, and many leave disappointed.

Visduh: You are right. Both L.A. and San Francisco have a certain panache that will always be a draw. San Diego's Zoo doesn't compare with Hollywood and the Golden Gate bridge and all it connotes.

Another factor holding back San Diego is the stark drop in Mexican tourism. San Diego used to be a one-night layover for people on their way to Tijuana. That has diminished greatly as Tijuana tourism has plunged.

The San Diego establishment disingenuously claims that it won't suffer the effects of the nationwide glut of convention space because San Diego has such desirable characteristics. But the San Diego convention center is ALREADY slashing prices 50%. And tourism numbers have not been impressive for several years now in comparison with the other California coastal markets. But the corporate welfare crowd ignores facts because the convention center expansion is being financed with OPM -- other people's money. Best, Don Bauder

The relentless attack of NIMBYs on our entertainment venues should also be considered as a source of the problem, as well as alcohol restrictions on the beaches and parks. In Pacific Beach, residents grandfathered in the commercial zone at the beach have succeeded in driving away entertainment venues and replacing them with tee shirt tourist traps. Even the coffee houses are harassed by police over noise complaints. We should condemn residential property incompatible with tourist uses on the beachfront, rather than let the griping of residents living in a commercial zone make our city less entertaining.

Psycholizard: The points by you and Stephen Merrill are certainly worth pondering. Do competing tourist destinations, such as L.A. and San Francisco, have similar restrictions? I do not know. Maybe you can enlighten us. Best, Don Bauder

Two points. 1. While I do believe our infrastructure is in need of repair, I do not think the vast majority of parks, beaches and attractions that tourists visit are run down at all. I use and frequent many of these sites and find them to be in good shape. 2. The San Diego region has always been known as a cheap place to visit and attracts a different crowd than other areas. Yes, we do get high-rollers at some of the conferences but many people come to visit because their dollar goes farther. As the economy has stagnated we are getting more of those. I think a very low percentage of our hotels are luxurious grade and many flush tourists who do visit stay in rental condos which don't show up in the stats.

stingray: You do make interesting points. I disagree with your first point. The people I talk with say the parks are in very bad shape. San Diego prices are lower than those in L.A. and San Francisco, but higher than those in most other tourist destinations.

I think the occupancy rates in S.D. may just be due to overbuilding of hotels, especially in downtown.

ImJustABill: I agree that L.A.'s infrastructure is not in great shape. Downtown San Francisco is no paradise -- but then, you could say the same of Paris.

San Diego hotels are overbuilt. So why is a hotel part of the deal in the convention center expansion? Best, Don Bauder

Before the City spends billions on a couple of giant entertainment venues downtown, they might stop the relentless campaign to harass venues throughout the City. Most are unaware that picking up a violin in an outdoor cafe is a violation of code that might close the business. The city requires an entertainment licence to offer live music. CDs can play at full volume without interference, but nightclubs in PB must close all windows before live music is allowed.

We often hear complaints of loud and unruly crowds outside venues, and that is used as a reason to shut down a music venue, but the loudest, most drunken, near rioting crowd of all, those leaving the Charger games, are to be built a giant bar in a residential neighborhood. The City collects taxes from the small venues trying to scrape by, regardless of how they attract tourists, and provide jobs. Why should those taxes be spent building Drunken Gambler Stadium downtown?

Psycholizard: You make a very provocative point. The gendarmes tolerate drunkenness and noises that emanate from a pro football game, but not a little rowdiness in a downtown cafe...or even, as you say, a violin playing outside. The council should be confronted with these facts. Do you know what would happen? Nothing. Best, Don Bauder