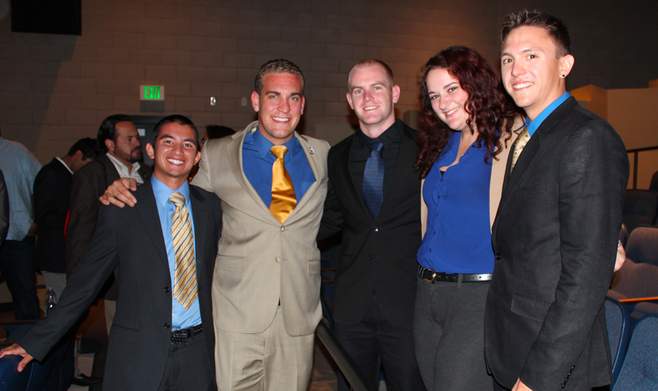 Forty-eight people sat in the audience as mayoral candidates answered questions about the South Bay on Wednesday, October 16, at San Ysidro High School.

The gathering, hosted jointly by the San Ysidro Chamber of Commerce and the Otay Mesa Chamber of Commerce, invited all candidates to attend. The forum was meant to discuss issues facing the often forgotten South Bay communities. Nathan Fletcher and Kevin Faulconer were absent. 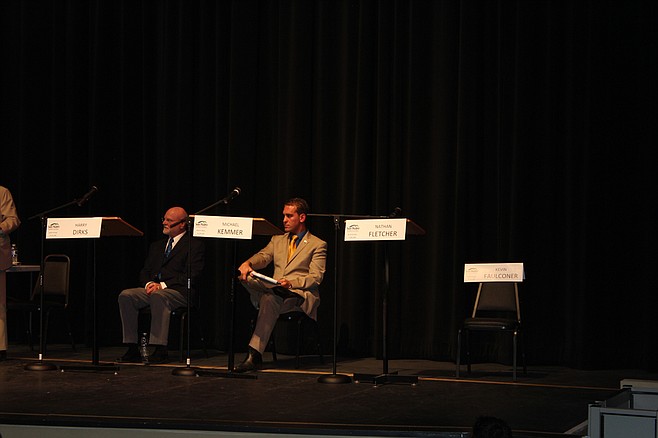 According to Luz Vega, who helped organize the event, “We put those chairs up with the names of candidates who didn’t show up. That means a lot.”

Moderator Jason Wells, executive director of the San Ysidro Chamber of Commerce, first asked candidates to give three-minute opening remarks. Harry Dirks, a La Jolla real estate agent, said, “Thank you for having me here. To be honest with you, this is my first forum in this race. I have been left out of several of the others, as many of our candidates have. I don’t know why that is.”

Wells posed to the candidates several questions, including the problem of street disrepair, the long border wait times that have crushed many San Ysidro businesses, and the negative impacts suffered by constituents due to the current construction at the port of entry from Tijuana.

Candidate David Alvarez opened his remarks with a few words in Spanish. A councilmember since 2010, Alvarez said, “I have been a proud champion for our neighborhoods, making sure that our sidewalks that are missing — like the one that connects this high school that has been so neglected, that was not taken care of — is finally going to get built starting in January of next year.”

Attorney Hud Collins explained his platform, saying, “If you do not have the money to solve the financial crisis, you cannot put any money into any neighborhood, including this neighborhood. We have a 2.3-billion-dollar pension deficit.”

In answer to border wait times, candidate Michael Kemmer explained, “SANDAG has reported that 7.2 billion dollars is lost in wait time across the border and 62,000 jobs were not created because of wait times. That’s unacceptable.”

A senior at San Diego State University, 22-year-old Kemmer (whose staff is made up of fellow students) tried to participate in the Barrio Logan debates, but organizers wouldn’t allow it.

Former city attorney Michael Aguirre noted, “We have money. We have a 1.1-billion-dollar budget. The question is, how are we going to spend that money? And up to now, the mayor has decided that the pension predominates over everything and so we give it 275 million.”

Alvarez concluded by thanking the candidates who decided to come.

“This is the type of dialogue that we need to have. We need to ensure that it occurs in every part of the city to ensure that our neighborhoods are the priority for the next administration.”