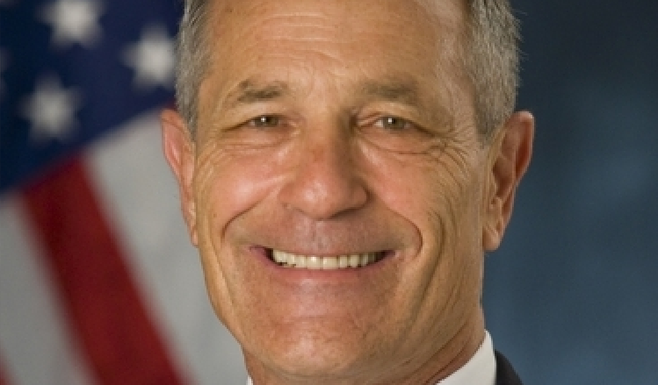 He's already given $150,000 to the state Republican Party within the past four weeks and chipped in $25,000 to the GOP Lincoln Club for good measure.

City campaign disclosure statements show that the new Manchester money arrived via a contribution from the Manchester Financial Group LLP on October 16.

The publisher's big money to the state party was given on September 16 and October 15.

His Lincoln Club contribution — which is helping pay for a rough-and-tumble campaign of hit pieces directed at former Republican Fletcher and his Jacobs family backers, along with their company Qualcomm — came September 16.

For their part, Jacobs and his extended Qualcomm family have also given heavily to Fletcher, but so far at least individual levels of financial support have remained well below Manchester's six figures.

In the meantime, an independent expenditure committee favoring Fletcher's cause has received $25,000 from downtown and border real estate mogul Malin Burnham, a friend and sometime business associate of Alan Bersin, the former city schools superintendent now an Obama appointee in the U.S. Department of Homeland Security. The contribution was made October 16, according to a report posted online by the city clerk's office.

The same day, Carleton Management, Inc., a holding company belonging to the family of Bersin's wife, San Diego superior court judge Lisa Foster, gave $10,000 to the committee, which calls itself Restoring Trust in San Diego: A Committee to Support Nathan Fletcher for Mayor 2013.

Carleton is run by Lisa Foster's brother-in-law, Jeffrey Silberman, son of former Jerry Brown aide Dick Silberman, the onetime husband of Republican mayor Susan Golding. Dick Silberman was sent to prison as a result of a drug-money-laundering sting by the FBI.