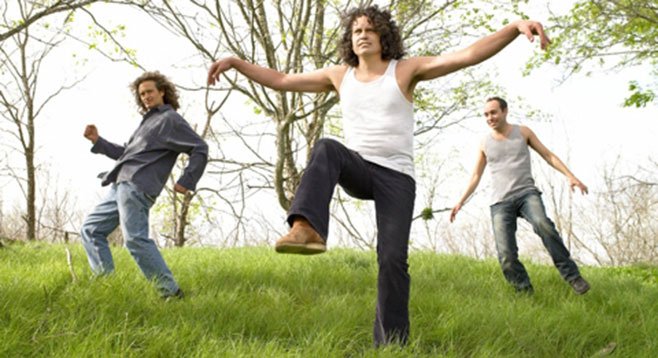 Hailing from Phoenix, Arizona, the Meat Puppets were originally a hardcore band when they formed in 1980. From the start they mixed a little country weirdness into their sets, and, soon enough, this weirdness became the hallmark of the band.

“We had kinda done it from the beginning,” bandleader Curt Kirkwood told the Reader. “We had mixed a little bit of that stuff in there. We were used to getting stuff thrown at us, so it didn’t really matter. The hardcore crowds a lot of times weren’t that into it if you just didn’t play hardcore, but we were used to having some people like us and some people really not like us. It was a natural progression.”

Even though the hardcore crowds at this time could get a bit rowdy, Kirkwood still regards this as his favorite era of the band.

“I really did like when we first started because it was all brand new. I had played in bar bands, but playing original music and playing in front of the punk-rock crowds, back then it was wild and a lot of mayhem. It was goofy and really fresh to me.”

Fast-forward 33 years and the Meat Puppets are playing a show at the Soda Bar in San Diego. Still onboard with Curt from the original incarnation of the band is his bass-playing brother Cris, with drummer Shandon Sahm completing the rhythm section. A new Kirkwood has, as of late, arrived on the scene to expand the live band into a four-piece.

Curt explained how his 30-year-old son Elmo joined the band on rhythm guitar.

“He just grew up around it. We all lived together when he was real young. I never really pushed him. I didn’t play with him at all or teach him anything. He just learned on his own. He started having bands in his early teens, and then we started doing acoustic shows together when he was in his later teens. He’s definitely good. I think he has a lot more versatility than I do. He likes a lot of the stuff that I do, but then he pretty much grew up on a lot of different stuff. He likes electronic and stuff like R. Kelly, R&B, and rap. But it’s all music and he gets that. It’s all fair game.”

They’ve been labeled alternative, cow-punk, psychedelic, hardcore, the list goes on...but how do you define a band that is as comfortable with tossing in a live cover of “March of the Siamese Children” from The King and I alongside something such as Captain Beefheart’s “Whoa-Is-Uh-Me-Bop”?

Meat Puppets and the World Takes

Kirkwood has a simple, fitting definition for the complicated reality that is the Meat Puppets: “A live rock band. I always kept it easy. It’s just a rock band.”