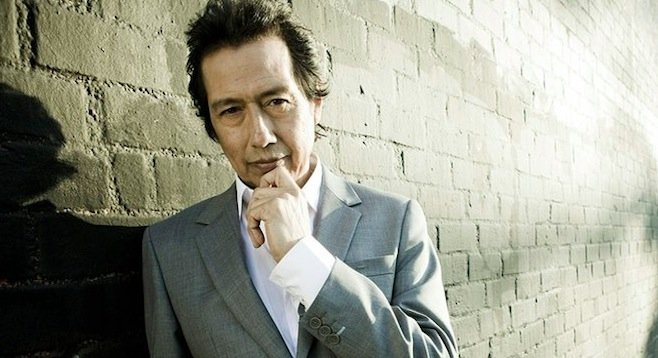 Alejandro Escovedo checks in with the Reader from Santa Fe, New Mexico, where he is hunkered down with a wicked case of allergies. "At least, I think that's what it is. It just started this morning." Other than the congestion, he speaks in the same earthy, rawhide tones of his records and concerts. "Maybe I need some steam."

In a career that spans 14 full-length albums of his own, Escovedo has accumulated a large and somewhat underground following. I ask if it gets any easier, or if it becomes more of a challenge to make new records as a function of the process of maturing into his craft.

"Well, in one respect they get easier, because I know the process so well. But they also get harder because you raise the bar as you go along and reach for higher ground. Hopefully, you get there." Where, exactly, is "there?" A destination not characteristic, it turns out. "They [the songs] take you from where you thought you were going to a whole new place you didn't know existed."

Escovedo comes from a musical ancestry that includes brothers Coke and Pete (Santana), and Sheila E, who is his niece, and his brothers Mario (the Dragons) and Javier (the Zeros). His own career first arrived on pop culture's radar with the the Nuns, a punk band he started in San Francisco with Jennifer Miro and Jeff Olener. He moved to Austin years ago and once in Texas, Escovedo started the band Rank and File and took off in a roots-rock/alt-country direction. His band now is called the Sensitive Boys.

"I'm bringing a new guitar player on this tour. Jimmy Griffin. I met him in St. Louis."

As a songwriter with decades of work and experience behind him, I wonder if Escovedo cares about things differently now, or, if he has newer concerns to work out in his music. "My life is so different now than it was when I was 25 and in New York with the Nuns. I've learned to deal with my emotions. I have more respect for things as I go through life." He reminds me that he came to the songwriting process late, relatively speaking. "I was 30 when I wrote my first song. I began to tell stories like my father told me. I started to draw from that, and I worked that into what it was I wanted to say."

Escovedo's father was a conguero and a master storyteller. "Over the years, he told the same ones, and they always grew" — he laughs — "but he maintained the same basis. We came to know the same characters." Maybe because Halloween was just last night, Escovedo adds this: "He was a great ghost-story teller too."

I tell him that it took me years to realize that I actually learned the craft of writing unawares while growing up in my southern household, a place where all questions were answered with stories.

"I realized it early on," he says. I had my own children young. I was a teenager, and I took on that role of storyteller early."

When gigging in San Diego where a good deal of the Escovedo family tree has taken root, is it like a reunion? Yes. "I try to see them all. And everybody tries to come to the show. I love hanging out with Mario and Javier and my mom. She's staying with Javier now. The last time I was in San Diego and I played Humphrey's with Los Lobos and Los Lonely Boys? That show? We all went over to Pacific Beach," he says, "and we had a lot of fun."