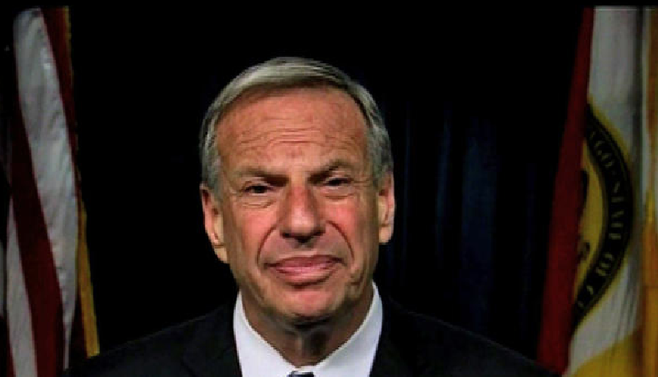 As is usual with most San Diego political dramas, big real estate money played a major role in the summer campaign to recall embattled San Diego mayor Bob Filner, tainted by a sexual harassment scandal that ultimately forced him to resign.

According to a filing yesterday by the Recall Bob Filner committee, Robert S. Wilson of an L.A.-based outfit called Duckett-Wilson Development Company put up $25,000 of the total $99,795 in contributions received by the group.

Our companies own over 1.8 million square feet of retail space and provide management services to retailers comprising over 2.8 million square feet. Presently, the Duckett-Wilson companies are still active in developing neighborhood shopping centers throughout California's central coast, as well as Los Angeles and Orange counties.

In San Diego, the company's most noted operation is a branch of their Fish Market restaurant chain, located on land leased from the Port of San Diego. According to the firm's website, "The Fish Market Restaurants are some of the highest grossing restaurants in the State of California."

A total of $10,000 was contributed by Rancho Santa Fe's John H. Cox. A lawyer, the conservative Republican Cox unsuccessfully sought a U.S. Senate seat in Illinois in 2002, losing the primary. He's also expressed interest in running for president.

Downtown San Diego developer Oliver-McMillan, the Caster Family Trust, and Fred Applegate of Rancho Santa Fe each gave $5000. Atlas Hotels, run by C. Terry Brown, who declared political war on Filner after the then-mayor blocked a lucrative tourism-funding deal negotiated by his Republican predecessor Jerry Sanders, made a so-called in-kind contribution of $7673 in rooms for volunteer meetings, the report says.

Other notable support included $1000 from Tulsa, Oklahoma, oil man William K. Warren of Warren American Oil Co., and $482 from the congressional campaign Carl DeMaio, the former GOP city councilman and mayoral candidate who at one time was considering a run to replace the embattled Filner. That contribution was in the form of "autodials for recall signatures."

Smaller donations included $500 from Nancy McCune, wife of National City car dealer Tony McCune, a key figure in the Karen Wilkening "Rolodex Madam" prostitution case. GOP Economist Art Laffer and wife Rachel sent in a total of $199 from their base in Nashville, Tennessee.

Much of the money has been refunded by the committee since Filner resigned, the report shows.

Reported expenses included a payment of $2758 to Rachel Laing, the former media handler for former mayor Jerry Sanders, who is currently working for the mayoral campaign of newly hatched Democrat Nathan Fletcher.

You neglected to remind that the scheme was a punishment looking for the crime, started at the same time Filner took office, that Michael Pallamary, it's founder, is a lawyer devoted to jamming architectural atrocities past city zoning. Bob Filner's crime was standing up to Mr' Pallamary's developer backers. Pallamary mentions nothing else on the recall petition.

psycholizard - thanks - he knows what he does for a living and it ain't pretty. He's even trying to distract from the facts like a good lawyer, trying to word game us even now.

Michael Pallamary and Associates litigates, as per this statement from his site; "Pallamary & Associates specializes in land use litigation and the processing of complex land use permits, land planning, discretionary permits and coastal development permits issued by the City of San Diego and the California Coastal Commission.". Usually Law firms litigate, so that's the source of my inflated belief in Mr' Pallamary's qualifications. I apologize to lawyers, who don't need another black eye.