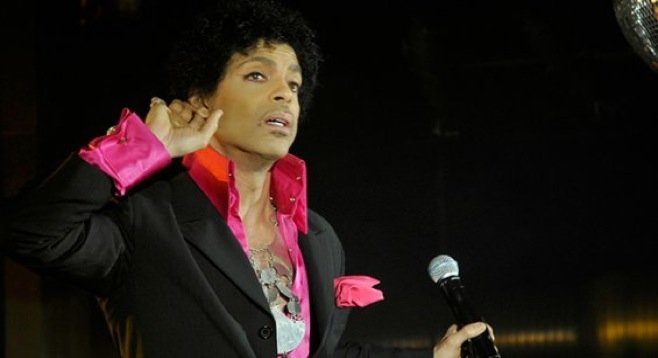 When Prince sang the words “let’s go crazy” during the third of his four Hard Rock Hotel shows, was he talking about the people who forked over an eye-widening $250 a ticket? Was he referring to those who paid for the hotel’s $38 valet parking or bought the venue’s $12 “Purple Rain” cocktails? Perhaps it was anyone who believed that his new all-girl band — an able yet unspectacular cast of supporting musicians — would somehow be a step up from the NPG ensemble that backed him during his impressive 21-night-stand in L.A. a couple of years ago?

Whatever he meant, Prince opened his show by playing the 1984 hit at half-speed, a fitting metaphor for a 16-song set of mostly newer material that by the singer’s sky-high standards never really got into gear. Arguably the greatest live performer of his (or any) generation, Prince seemed impaired not only by the room’s small stage, but also a 90-minute time limit that accommodated a second set later in the evening.

Mere moments after his two-song encore ended with a cover of “Play That Funky Music,” fans were being ushered back onto the street, where the next thousand people were already lined up for their turn to go crazy.

I think it's madness how concert prices have escalated. $250 plus $25 service fee to stand up and be pushed around in a crowd of excited and probably drunk people is not my idea of a good time. As much as I love Prince when I found out it was standing room only I decided to pass. If he returns to a seated venue I may pay that much.

Live footage from the San Diego shows can be seen in a new video released today by Prince to promote the digital single of this new tune: