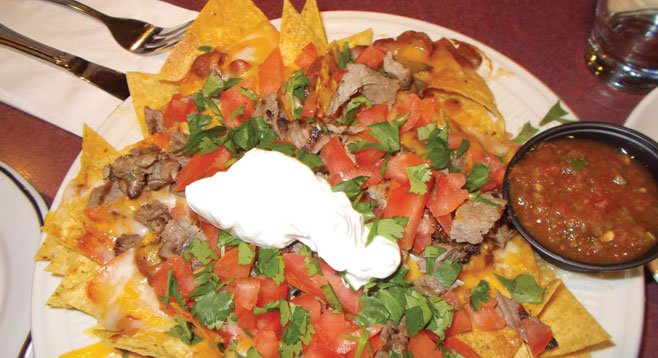 Gumbo bona fides at the Bistro

Jack Gambrell? He could have been president of the United States and without ramming it down your throat. Wouldn’t even mention it. He’s just that kind of guy.

Luckily, Dale Hansen’s here at the next stool to speak for him.

“Jack? He’s one of the great cooks. From New Orleans. Knows Cajun, Creole, you name it. He’s won Best Cajun/Creole restaurant in the county four years in a row on the 10 News/A-List rankings.”

Dale leans across the counter, looks up at a rangy guy with a big mustache and a maroon golf shirt with the place’s logo stitched into it. “Jack, you should put that up somewhere, make it more prominent.” Then he says, “D’aagh, what’s the use? He’s just not that kinda guy.”

“I have the personality of a shovel,” says Jack.

We’re sitting at the bar in Jack’s Sixth Avenue Bistro. He’s been running it since 1999; before that, from 1984 on, he had a place right across Sixth Avenue. That’s 29 years in all. 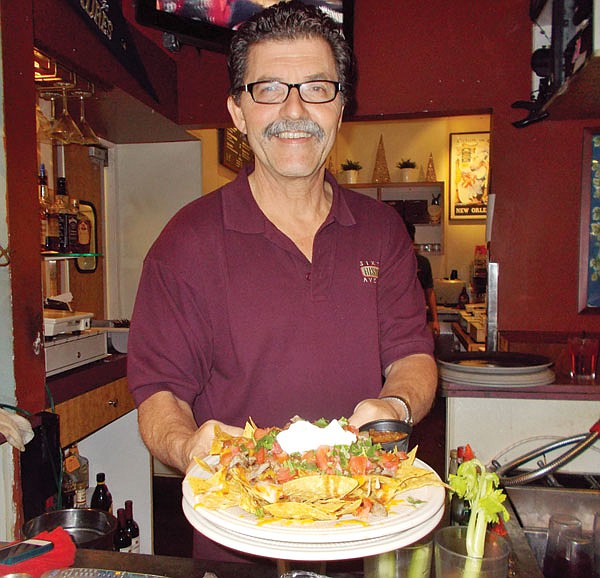 “I have the personality of a shovel,” says chef and owner Jack Gambrell.

But Cajun? Champion Louisiana chef? From the outside, this bistro looks more like one of those financial-district lunchtime sandwich places. It sits on the corner of B Street, a brown-and-cream eatery in the old Southern Hotel — the residential hotel.

Actually, I came in the other day, my first time here, and didn’t spot anything of Jack’s New Orleans roots. I was just curious, and it was happy hour. Got a plate of carne asada nachos for $5. Huge. (Other happy-hour $5 deals: two tacos, sweet-potato fries, wings, carne asada, and a chicken quesadilla.)

That was a Friday night. The place was crowded. Audience from a San Diego Symphony concert came across the road for a snack at intermission. There were locals, too, settled into their seats (you can tell these folks don’t plan on leaving soon...they aren’t looking around to see who’s waiting) and a smart bunch of business types, all in shirtsleeves. I got to talking with these guys. Financial planners.

“What you should be having,” said one, “is the gumbo.”

But it was too late, I’d already ordered. Now I’m back for one thing only: gotta try the fabled stew. The gumbo.

I come into this homey, country-style space with lots of hanging knick-knacks, a dull red formica bar, and a view up and down B Street. I hitch up to my same spot at the bar.

This time, I check the menu for gumbo. Ah, there it is: “Sausage and shrimp gumbo, savory stew with andouille sausage, shrimp and filé, garnished with fluffy rice, $12.95. Half portion, $7.95.”

“Go the whole hog,” says Dale. He tells me he spent 25 years down the road at the Westgate Hotel as catering director. Says he’s a bit of a dab hand at cooking Cajun himself. 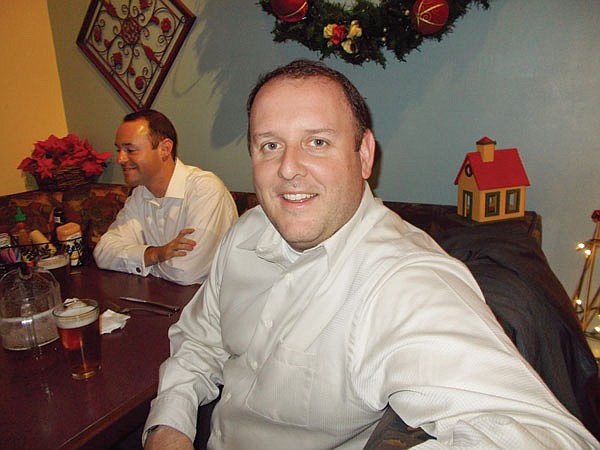 “What’s the difference between gumbo and jambalaya?” I ask Jack.

“Gumbo’s more like a stew, and jambalaya’s more like a paella,” he says. “Drier. My gumbo’s Creole, meaning it has a tomato base and pork, and it’s thicker. Four aunties and my mom taught me the ways when I was a kid in Louisiana.”

Dale says, “‘Jambalaya’ may have come from the combination of ‘jambon,’ French for ‘ham,’ and ‘paella.’”

Jack heads back to the kitchen and brings out my gumbo.

Wow. It looks alive. Like a heated Louisiana swamp, all brown and steaming, with live creatures bobbing up and down. Giant shrimp like mini-alligators, andouille sausage chunks like, uh, crocs’ eyes, sticking up from just underwater.

I taste it and — oh, man — so rich. Love the contrast of the sausage and the shrimp. I remember Ian Pike (“Feast” writer and a professional chef) said to watch for too much thickening from okra or the filé (sassafras), and this certainly has the sassafras, but, the filé’s fine. It’s like the three bears’ porridge: not too runny, not too thick. And the rice is nice and loose.

“Gotta use long-grain,” says Jack. “It has a firm texture. Short grain’s good for sticky rice.”

“Flavor’s more Italian than Provençal,” says Dale when he helps himself to spoonful’s taste from my red mess. “It’s the spices, the tomato. ’Course, Jack uses andouille sausage. I use kielbasa. Personal taste…hmm…this is good, though, really good.”

I chomp into those giant shrimp, gather up rice and soup, crunch down on the big slice of garlicky French bread. The soupy parts get richer and richer. The talk gets more technical.

Turns out the “family” name, gumbo, probably started out in Africa: the Bantu word for okra is ki ngombo. On the other hand, the Choctaw word for filé (sassafras) — Choctaw traditionally lived in the Mississippi area — is kombo. Guess they got it from Africans, free and enslaved, who came to New Orleans in the bad old days.

Then, it’s a question of the thickener. Okra, sassafras powder, or roux (the French cooking base of flour and fat)? And then we’re talking “holy trinity,” the foundation of all New Orleans cooking. “It’s half a cup of onions, a quarter-cup of green bell peppers, and a quarter-cup of celery,” says Dale. “Get that right, and you’ve got the essence of everything Louisiana.”

In the end, he insists we each have one of Jack’s New Orleans desserts, bread-and-butter pudding ($4). I have my doubts. Grandma forced some pretty bad slops by that name on us. But this…OMG. Rich, loaded with fruit, a tangy sauce…

Whew. Head spinning. Gonna have to come back to try Jack’s jambalaya. And to maybe make sure that bread-and-butter pudding wasn’t only a dream.