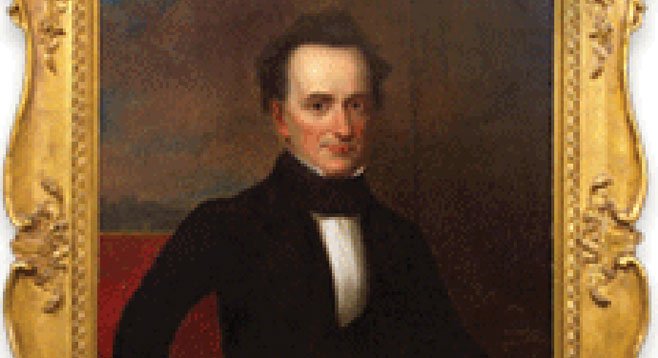 He is truly happy, whatever may be his temporal condition, who can call God his Father in the full assurance of faith and hope. And amid all his trials, conflicts, and doubts, the feeblest Christian is still comparatively happy; because cheered by hope…that the hour is coming when he shall be delivered from “this body of sin and death” and in the vision of his Redeemer…and felicity of angels. Not only does the Bible inculcate, with sanctions of the highest import, a system of the purest morality, but in the person and character of our Blessed Savior it exhibits a tangible illustration of that system. In Him we have set before us — what, till the publication of the Gospel, the world had never seen — a model of feeling and action, adapted to all times, places and circumstances; and combining so much of wisdom, benevolence, and holiness, that none can fathom its sublimity; and yet, presented in a form so simple, that even a child may be made to understand and taught to love it. — from an address by U.S. Attorney General Benjamin Franklin Butler in Alexandria, Virginia, 1834

Benjamin Franklin Butler (1795–1858) was Attorney General of the United States from 1833 to 1838. Appointed by president Andrew Jackson, Butler served with distinction in his office; he is also known for founding New York University in 1831. He was an early member of the Albany Regency, one of the first political machines in U.S. history, serving as district attorney of Albany County from 1821–1824. Butler was famous for his skill at cross-examination, and it was his legal prowess that attracted New York and federal government leaders to invite him to serve as their attorney.