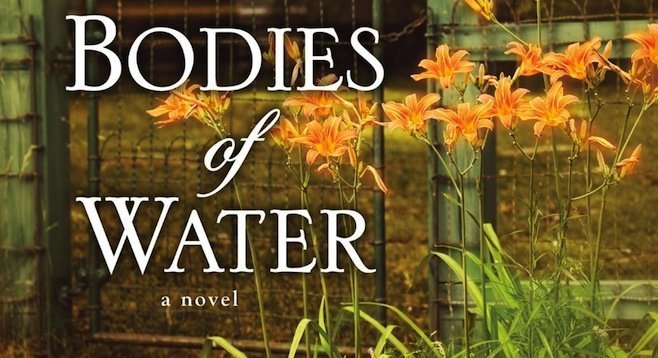 A conversation with Tammy Greenwood

Bodies of Water, the eighth novel from San Diego writer Tammy Greenwood, hits the shelves September 24th with a release party and chance to meet, or interrogate, the author at Warwick’s (7812 Girard Ave, La Jolla, 858-454-0347).

The novel begins in a fictionalized OB, where 80-year-old Billie Valentine gets a call from her sister in Vermont. That call, bringing news of another character named Johnny Wilson, who wants to tell Billie something about his mother, precipitates Billie’s narrative journey back to the early sixties and the sleepy, suburban Massachusetts community of her youth.

“Suffice to say, it’s a love story, but it’s sort of a taboo love story set against the backdrop of the early sixties,” says Greenwood, who won’t give up too much of the book’s plot and characters this far from the release date.

The idea for the novel came during a vacation to the Northeast, where Greenwood still has family in Massachusetts.

“I heard a family story that I had never heard before,” she says. “Bodies of Water was inspired by that. It quickly became very fictional--it’s not a true story--but the spark behind it was this story that a family member shared with me during hurricane Irene. We were totally stranded. I couldn’t drive through the crazy weather. We ended up getting stuck with time to kill and stories to tell. I have a lot of great storytellers in my family.”

Greenwood spent the rest of the summer tossing the idea around in her head. During National Novel Writing Month; for which she runs a yearly prep class at San Diego Writers, Ink; she started the rough draft of Bodies of Water. The first draft was finished within two months.

“It was one of those books that came really easily,” says Greenwood. “The characters told me what to do. It was a natural, easy book to write.

“This is the first time I’ve ever used a real story, one that was close to me. Like I said, it quickly evolved into it’s own thing...but it was kind of fun to have a few ‘givens.’”

One of those givens was having a specific period of history surround the story. Greenwood doesn’t usually write outside her own time frame, but that became an integral part of Bodies of Water.

“The plot would not have manifested the same way in a contemporary setting” she says. “The historical climate and political context are crucial to the things that happen. I love that time period, which has become more popular lately because of Mad Men and other things.”

But there’s a danger in getting caught up in history when writers do the background research for a book that takes place before their own times. It’s easy to lose track of the novel in the process of immersing oneself in stories of the past.

“I have to set aside time for research and time for writing,” says Greenwood, “otherwise I can get lost in the web. Everything you want to know is on the internet.

“I was teaching in Bethesda Maryland at the Writers’ Center,” she continues, illustrating the dangers of alluring research with an anecdote. “A student needed to know about a certain pope. The big joke in class was, ‘don’t go to the Vatican.’ I remind myself that every time I start to get lost in research.”