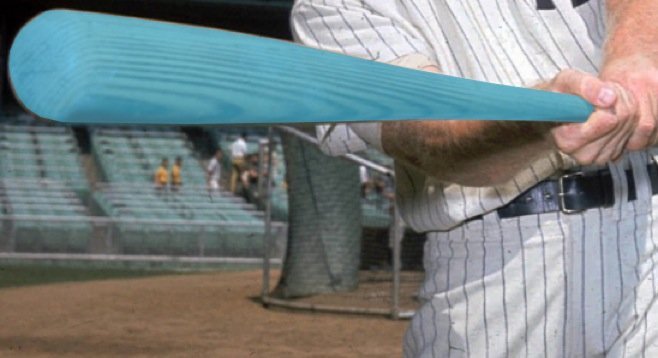 The following conversation took place in Section 103 at Petco Park during the Padre’s 10-1 rout of the San Francisco Giants on Sunday, July 14. The conversants were Giants fans visiting from the Bay Area, or, as one of them kept obnoxiously referring to it, “the Gay Area” — let’s call him “Tool.” The other guy, proud as can be in his orange Barry Zito replica jersey, looked like a meatball with feet, so let’s call that one “Ziti.” 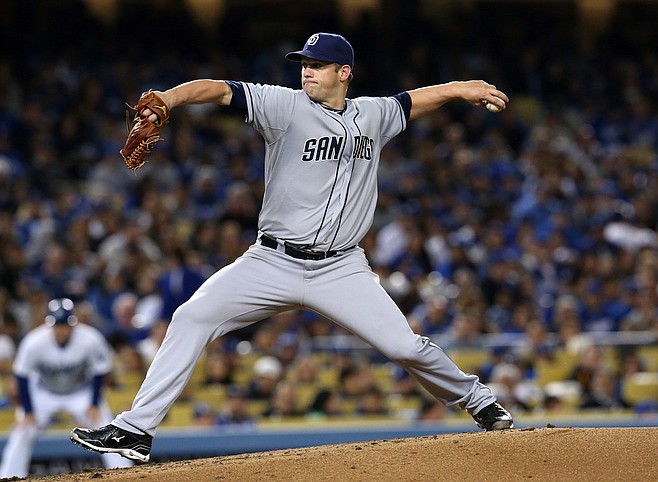 Comeback player of the year? Maybe, but Padres starter Eric Stults is the easily biggest surprise on this year's roster.

Now, Tool and Ziti really had nothing to watch on the field Giantswise, as Padre starting pitcher Eric Stults was setting ’em up and mowing ’em down with extreme prejudice. At 8-7 with a 3.40 ERA, Stults, imho, is the comeback player of the year in the National League and easily the biggest surprise on the Padre roster. Zito started the game for the Gigantes and got chased in the second after giving up back-to-back homers. Zito’s rolling a donut on the road at 0-8 this year. Dear Giants, Mr. Zito is welcome here any time. Signed, Every Major League City

Tool: …so, say on the third date, when I know shit’s about to get real, I drop a little blue vitamin V and send her over the moon…

Tool: It’s not cheating. I just want a little bit of an edge for our first time…and she ain’t complaining!

Ziti: It’s not you. It’s not real. You’re…corking your bat! [There is audible tittering from the gallery that is Section 103.] And when the vitamin V runs out…or takes its toll on the rest of your health and…emotional state…

Tool: Oh, sweet Jeeezus! You want me to go get you an umbrella for your beer, lady?

The pair share a laugh until the Pads drive in another run and their chuckles turn to groans. I look over my shoulder to raise an eyebrow at them until I see the size of these two mooks. I can feel them elbow each other and mutually glare at the back of my head. It burns.

Ziti: So how many All Stars are on the list?

Tool: At least two that I know of, Nelson Cruz and Bartolo Colon…look it up on your phone…

This is when I realized that Tool had been equating Viagra with the performance-enhancing drugs (PEDs) that athletes use to get their “edge” and that the Bay Area buffoons are actually discussing what will transpire following the All-Star break. Major League Baseball will hand down a decision regarding the 22 players on Miami pharmaceutical Biogenesis’ PED list, which is probably going to result in more suspensions from the game, including a handful of All-Stars. 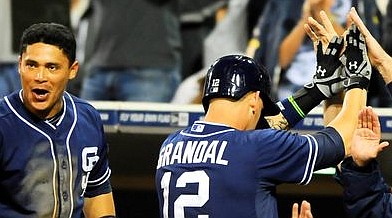 You know Padre catcher Yasmani Grandal’s on that list, Padre fan, but so’s Everth Cabrera, our .300 hitting/gold-glove shortstop and only All-Star. And though Cabrera played well in the first half of 2013, he didn’t exactly send us over the moon. If I had had another beer under my belt, which is to say, a little more brass in my ass, I would have done that always-hilarious fake coughing fit, choking up the names Barry Bonds and Melky Cabrera, two giant Giants asterisks.

Most of them are past and present All-Stars, sports brahs, but they’re all cheaters. Twenty-two more than there should be in the game. And there’s a helluva a lot more than these guys. Like sports jock Darren Smith says often enough, “It’s not a drug test, it’s an intelligence test.” This cheap baker’s dozen of cheaters just didn’t have the brains to pass it or the balls to go without PEDs to begin with.

You want an edge? Show up to work when Nick Hundley and Clayton Richard do. I’ll take honesty and grit over ribbies and K’s any day. When I go to a ballgame, I want to bring my sons to a level playing field and watch clean athletes compete to the best of their already prodigious homegrown gifts. Here’s to hoping MLB gets it right once and for all. Hi. Welcome to Taco Bell. I’m Ryan Braun, what can I get you?

A few more things I’ve experienced during the first half of the 2013 season at Petco: Baseball players have horrible taste in music, please stop subjecting home crowds to it each time they come up to bat. I guaranfrickintee you that if you ask the players, they’d say, to a man, “Yeah, y’know what, sound guy, please stop playing that. I don’t even like it anymore.” And this: craft beers exposed to relentless sunshine end up tasting worse than watery domestics halfway down the cup. Hey, Petco, mug me, wouldja? Some kind of frozen plastic pint jobbie or something… Putting my full-bodied beer in a flimsy cup’s like putting Mud Grant in a Speedo. Eesh.

ON THE AIR
Tuesday, July 16, is one of those occasions when the sports stars align over my satellite dish and bring me some sports synchronicity. The MLB All Star Game airs on Fox at 5 p.m. With Bruce Boch on the top step and the bats in his lineup, I’m calling a National League rout with World Series home-field advantage going to whoever takes the National League Central. C'mon, Redlegs! 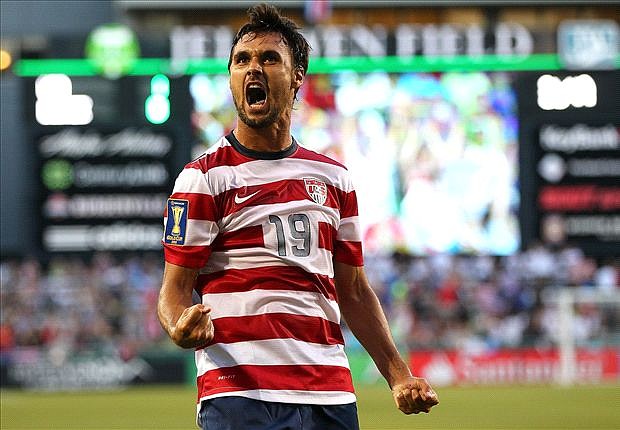 Where's Waldo? Nope. Where's Wondo? The U.S. teams best striker is spending way too much time on the bench. Also, the uniforms are ridiculous.

Over on the Fox Soccer Channel, at the exact same time (!!), the U.S. Men’s National team faces Costa Rica on Rentschler Field in East Hartford, Connecticut. This is the USMNT’s third game in the Gold Cup tournament. They won the first against Belize easily (6-1), and on Saturday they beat Cuba 4-1 behind stellar efforts by Landon Donovan and another multi-goal game by Chris Wondolowski. Wondo got a hattrick against Belize and two off of Cuba. U.S. head coach Jurgen Klinsmann says Costa Rica is “the first real benchmark for us.” A win puts U.S. atop Group C and gives them a pass through Honduras.

Quick aside: those U.S. kits are shite. The red and white stripes? It’s like watching a live game of Where’s Waldo? Let’s call it “Where’s Wondo?” though, because our best striker is spending waaaay too much time on the bench, Jurgy. 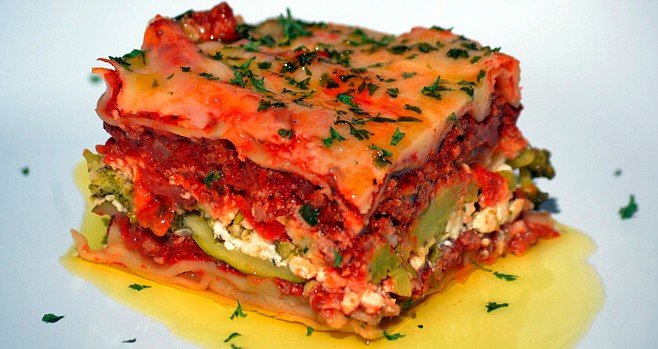 Until the next one, sports brahs, keep the clicker close and the beer fridge full.

How did I miss this before? Sunday's Nofunday, so I am going to file this one away to chew and savor slowly tomorrow with plenty of time to digest in my best hermetic critical fashion--for it deserves, it deserves--and serves up the right kinda literary 'rito! (Btw, three in a row now and spot the burrito! Is the burrito sort of like an Origami Waldo? :)