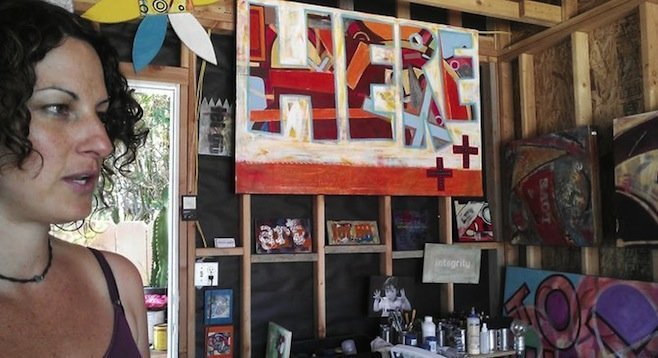 Amy Baca Lopez is not afraid to lure people with false promises of bacon.

Ok. That only happened once, at the South Park Walkabout, when she let a comedian tell bacon jokes near her studio and people ended up coming in and looking at her paintings.

Her many, many paintings. Baca Lopez is a busy artist. She has been painting full-time since 2009 when, after walking 300 miles on the Camino de Santiago pilgrimage in Spain, she decided to quit graphic design. 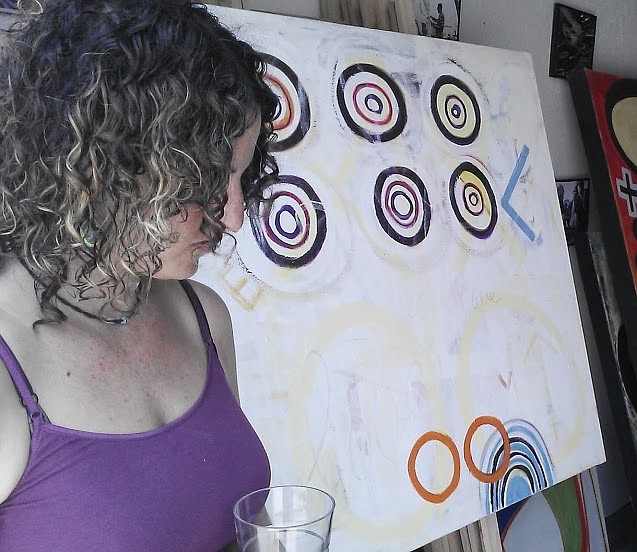 “I decided it would be ok to do something slow,” she says. “Instead of sitting in front of a computer all day.

“The Camino was all about love. It was marked with all these yellow arrows that sort of say ‘this way to love this way to love,’ for miles. When I came back, I thought I would paint love in different ways.”

Baca Lopez signs her artwork with a pair of X’s. The glyphs, to her, symbolize the love that inspires all her work, as well as “the here and now.” They appear in large form on her major, canvas works, which evoke the spirit of Miro, Picasso, and Dali. The warmth of Spanish modernism resonates with Baca Lopez. 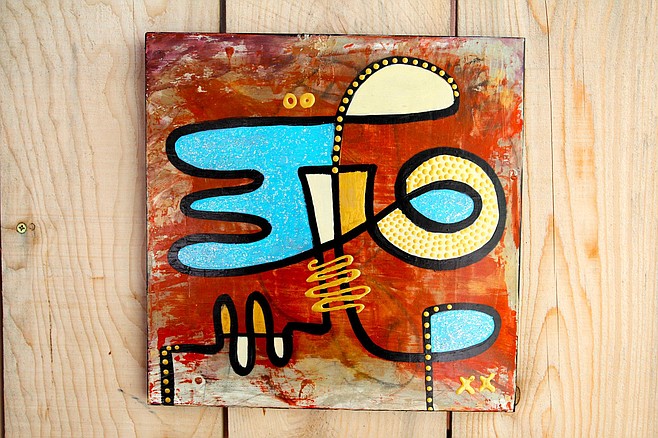 She also signs her “pop-up positivity” series with the XX. Wildly different from the expressive colorways of her larger pieces, the pop-ups resemble Tumblr posts or internet memes, a fine artist’s version of the image macro. Baca Lopez paints words and phrases that range from the irreverent (“loosen thy grip of the chicken”) to the inspiring (“spend time among the flowers”) to the adorable (“I love you more than bacon”). She has a degree in creative writing, and her time spent doing design work made her familiar with the powerful effect that type can have. 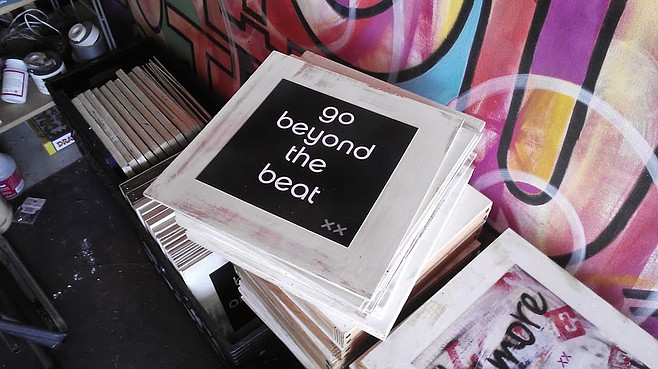 “There’s a writer in me, so I don’t have to say anything. [At shows] I just let people step back and decide if they are drawn to the images or the words.”

Layering paint is a big part of her artworks. Some of her paintings have entire paintings beneath the paintings. She says that a lot of the color in a painting comes from what’s underneath, more so than the paint on top. There’s a difference between putting a lot of paint on a canvas, which works for some people, and laying down a little bit of paint over and over and over again, the latter being more Baca Lopez’s style.

“I learned about painting these layers from someone in a ghost town in Cuchillo, New Mexico,” Baca Lopez says. “He would cut holes in cargo containers with a plasma cutter and paint all over him. I would go for a walk and by the time I got back he would have added layers and layers to the container. There was magic in that.” 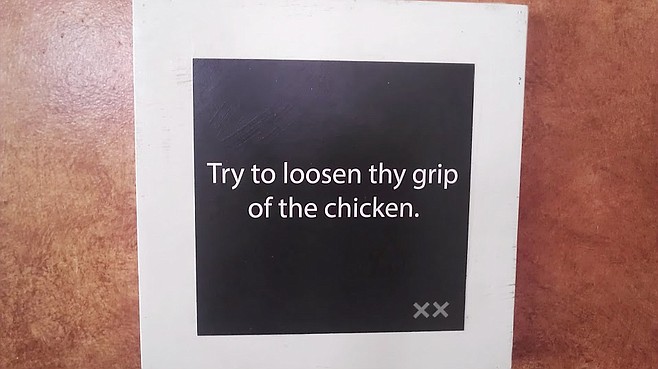 Fans of The Real World San Diego might remember seeing a few of Baca Lopez’s paintings on the show. The MTV art department loved one of her early paintings so much that they commissioned a set of canvases for the show’s set. These days, Baca Lopez tries to match her constant painting with regular shows, aiming for one show a week.
Her Facebook page has the most up-to-date information on her current projects.