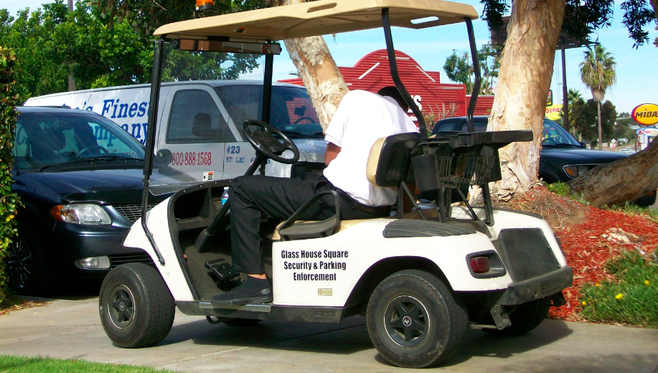 As recently as last summer, Glasshouse Square Shopping Center, located in the Midway District, was home turf to many shelter-challenged individuals.

Many customers and patrons were turned off by the presence of vagrants who would often flop on the grassy expanses of Del Taco and beg for money. A favorite crash site for the wandering travelers was along the side of Staples on Kurtz Street.

But the situation seems to have changed since Glasshouse Square was sold to Pacific Coast Commercial in April 2012. They hired 24-hour security guards who now patrol the center in carts and chase off loiterers, mischief-makers, and those who would take advantage of the parking lot; Valley View Casino Center (Sports Arena) is located about a block away.