How women in San Diego wear the fringe

2013 is the year of the bang. Fringe hairstyles are showing up on everyone from Zooey Deschanel to Katy Perry to Jessica Biel. Below, four local ladies show off their fringes. 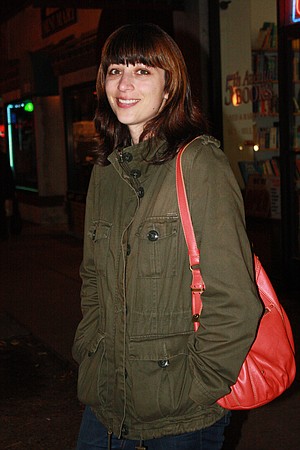 33-year-old Erin Jackson told me that her greatest beauty secret is Jolen's mustache and beard dye, She has been using it to create highlights in her hair since she was a teenager. You can purchase a Jolen bleach kit at Walgreens for $5.99.

Jackson is a freelance food writer for San Diego Magazine, Dining out SD, and Serious Eats. She is a no fuss kind of girl. Jackson is most comfortable in jeans, a tee, and her chucks.

"I dress the same now as I did back in high school," she tells me. 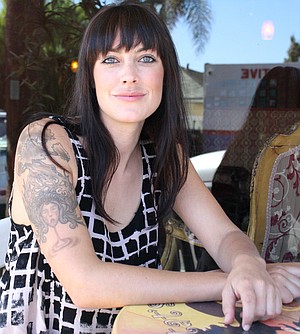 29-year-old Cassandra Anderson has a Jessica Biel inspired fringe. I ran into Anderson at Lestat's in University Heights. Anderson works in OB tending bar at Tiny's Tavern. Anderson has the perfect shaped face for the fringe. 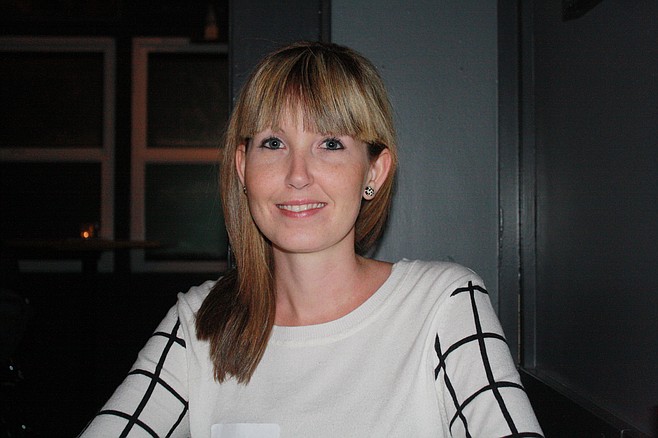 I sat next to Brianne Grajkowski at Busalacchi's A Modo Mio during Dishcrawl Hillcrest. The 28-year old told me if she could raid anyone's closet it would be Zooey Deschanel's. That came as no surprise, she already has the blonde version of Deschanel's haircut.

Grajkowski is a graphic/web designer, marketing & social media specialist and lifestyle blogger. Her earrings are H&M and her sweater is from Forever 21. 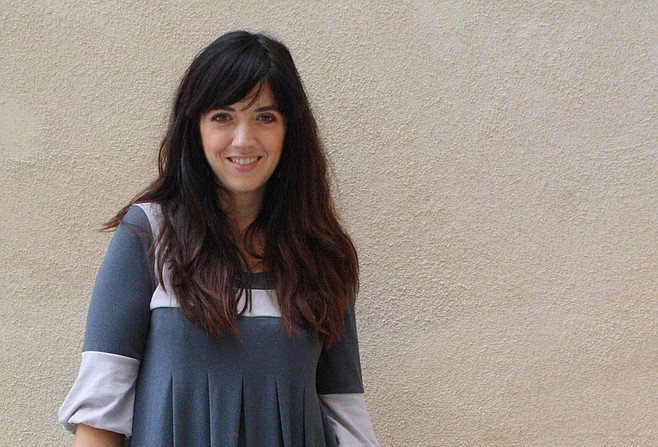 33-year-old Gianina Contin is a stylist at Normal Height’s based salon, Diesel. If you’re looking for a fringe she’s the girl to go to.

Gianina lists Flashbacks in Hillcrest, Dream Girls in O.B, and Lola Luna in P.B among her favorite local stores.

Last but not least, here is a campy video on the fringe: