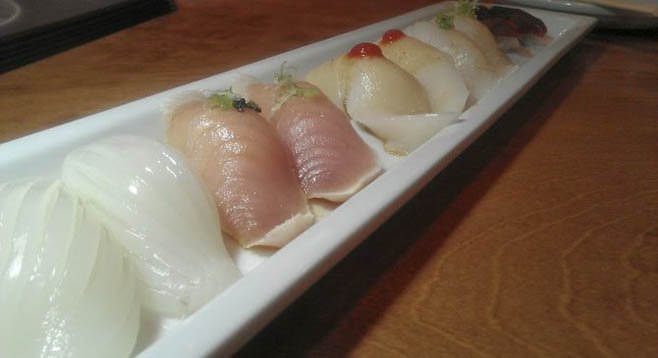 North County sushi establishment brings its vaunted "all you can eat" deal to Uptown San Diego.

It took a while, but somebody finally moved into the spot, formerly Lotus Cafe, at 3955 Fifth Avenue in Hillcrest. That somebody is RB Sushi, a North County and College Area stalwart most known for its liberal “all you can eat” policy that grants unimpeded access to a large menu of sushi and other small plates.

To some, AYCE is a challenge of magnitude. They dream of being cut off, Homer Simpson-style, for abusing the privileges of limitless food. 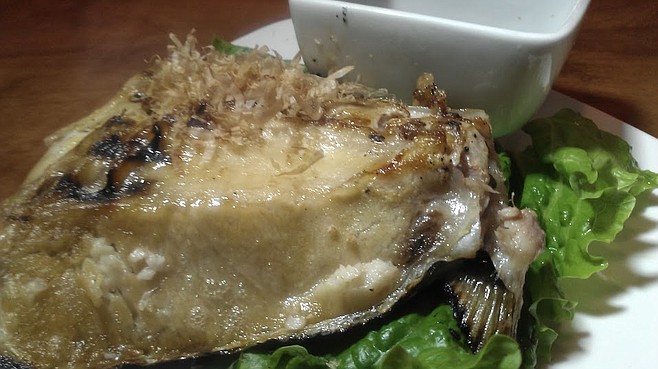 To others, the promise of “all you can eat” becomes a contest of thrift. Calculating expenses on the fly, they pick the most luxurious or expensive items available, attempting to maximize investment returns.

RB Sushi’s AYCE deal appeals to both styles! A few rules apply: leftover food incurs a charge, premium items are limited to one per customer, and you have to start at least an hour before closing time. Other than that, it's open season on sushi! 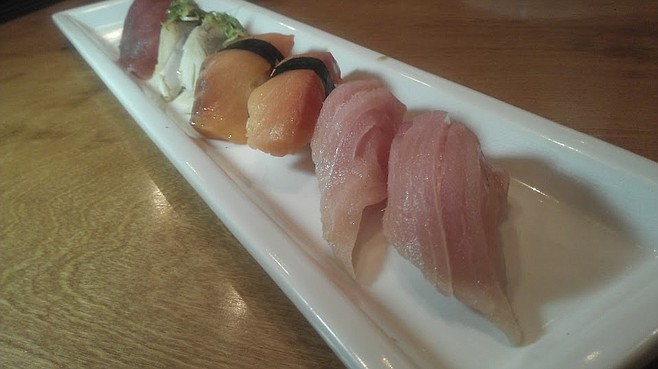 Let’s just say, for the sake of argument, one diner went there for dinner, paid $25, and ate twelve orders of nigiri, a yellowtail collar, and a bowl of miso soup.

This hypothetical diner might find RB Sushi’s quality to be better than many of the price-point sushi joints in the area. On a sushi scale, he might place it well above Sushi Deli (the closest competitor in terms of price), but beneath Ebisu (the most affordable spot around that offers good, or at least “better,” sushi). That same hypothetical diner might advise other potential guests to avoid the sushi options that require a little more finesse. RB Sushi doesn’t stock the absolute finest fish, so sensitive dishes like squid, mackerel, and uni are best avoided in favor of “easier” preparations. The restaurant’s sushi cooks do a fair job of dressing up basic preparations of escolar, albacore, yellowtail, and seared akami tuna to name a few. They let the soy sauce soak into the rice, and don’t put wasabi on anything, but they’re at least making a pass at sushi preparation. 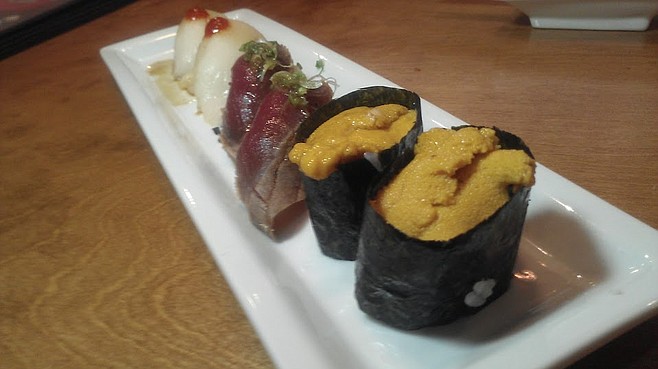 At the end of the day, they’re generous with the fish portions, so it’s easy to appease senses of gluttony and thriftiness alike. $70+ worth of food (according to the regular menu pricing) certainly fills a belly.

Maybe RB Sushi will be able to make it work in what’s been a cursed location for a long time. They certainly bring stiff competition to the glut of bargain sushi joints in the area.

I've been there before. My experience ranks it below RB, but above Sushi Deli and much less likely to incur an endless wait.