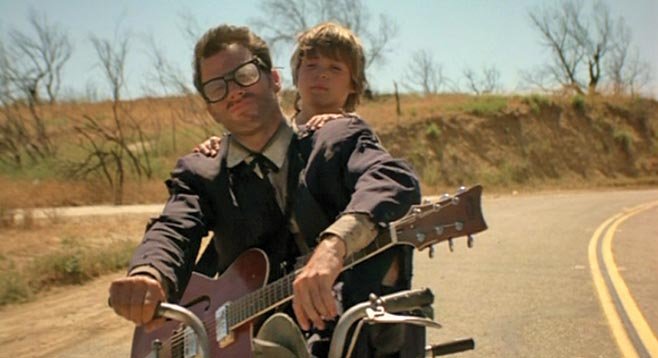 DVD picks from a lover of apocalyptic media

After nuclear fallout, rockers from all over trek to Vegas where they hope to claim the crown from the recently deceased king, Elvis. Anti-hero Buddy (Jeffrey Falcon) — dressed in a suit and armed with a katana and a guitar — aspires to the throne but before you kill your enemies, you must rock out. He’s hunted by a heavy-metal Death and accompanied by an unwanted kid. The rockabilly music merges the comedic and dystopic aspects of the film. A must-see for fellow post-apocalyptic fans.

Rarely do I get so completely engrossed in a television show that I search for clues about the mythology on the internet. More rarely do I sleep in a line all night to get a seat at the Comic-Con panel. This is the outrageous lure of Lost, six seasons of a well-crafted cast, a mind-boggling mythology, and an incredibly captivating pilot episode.