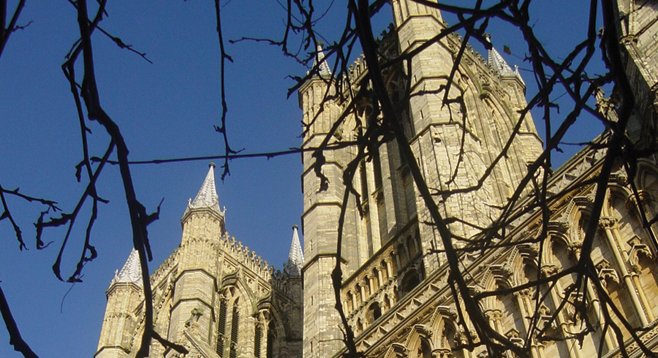 From “Of the Necessity and Commodity of Penance in General"

First of all consider you (good people) that penance is a gift of God, as the Scripture saith. God hath given and granted penance to the Gentiles for life and salvation (Acts 21). And it is God that standeth at the door of our heart and knocketh, by whose inspiration we have the beginning of our conversion, (Apoc. 3) without which we be not able and sufficient ourselves, as of ourselves to think any good thought…. God of his mere mercy and fatherly affection, doth bear with the sins of men, and differeth to avenge and punish them justly according to their deserts, patiently looking for their conversion and penance, by means whereof he might remit their offences, deliver them from many dangers, give unto them plenty of grace, and conduct them to the fruition of his glory.

Bishop Thomas Watson (1513–1584) was the bishop of Lincoln, England, and a staunch supporter of the “Old Faith” who managed to survive the Protestant reigns of Henry VIII, his son Edward VI, and, after a brief reprieve in Catholic Queen Mary’s five-year reign, her Protestant half-sister Elizabeth I. He is best known for having provided in his writings a definitive account of the Protestant revolt in England and a number of sermons — including the one excerpted above — defending Catholic doctrine.