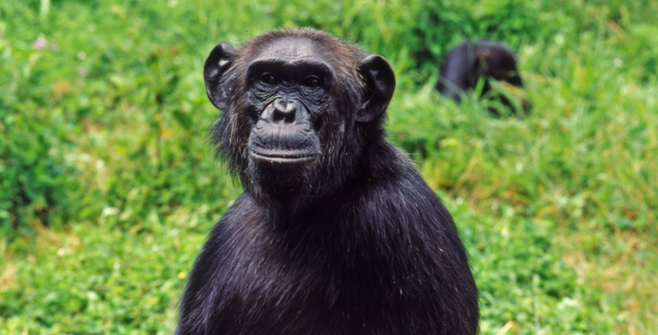 No Chimps at Bill Lerach Fundraiser

If you've got a spouse and $5000, you can spend the evening of September 28 with chimp champ Jane Goodall at the bluff-top, oceanfront La Jolla compound of felon/ex-lawyer Bill Lerach that includes "an exclusive flora, fauna, and aviary tour...prior to Patron cocktail hour," according to San Diego magazine.

Mere patrons, at $500 per person, get cocktails, a half-hour reception, followed by a seated dinner. The soiree — sans chimpanzees — is a fundraiser for the Jane Goodall Institute, and the live auction features a prize of traveling with Goodall to watch the annual spring crane migration at the Platte River in Nebraska.

Lerach's two-year probation, following two years in federal prison, ended in February. Lerach pled guilty to one count of conspiracy to corrupt the courts by paying a lead defendant in a class action in 2007.

While many remember him for his stockholder shakedown suits, others recall that Lerach fought to defend retired General Dynamics employees when the company tried to strip them of some of their retirement benefits. Lerach also committed tens of millions of dollars to the fight against Joe Camel, including bringing to light the tobacco companies' marketing aimed at kids.

I saw Jane Goodall lecture at SDSU in Spring 1986, as part of the Distinguished Lecturer series.

I think Lerach will now be applying to the State Bar to be re-instated. Yes, you CAN be re-instated after being disbarred-it is not forever.