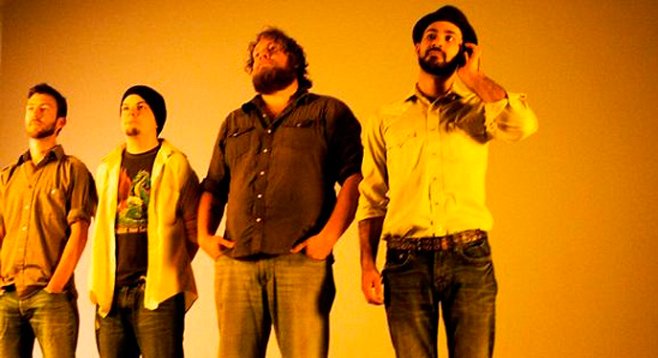 Communist Daughter’s “Not the Kid” rumbles along on a rolling rhythm. There is a part of the song in which singer-songwriter Johnny Solomon breathes loudly, like he’s running to get away from the rest of the band. When someone shows Solomon a picture of himself as a child, he denies it: “I’m not the kid you knew, I’m not the kid you remember,” he sings. But it’s not so easy to escape who you were.

That’s Solomon’s story. Once the leader of a promising Minneapolis band called Friends Like These, he saw his future fall apart as the result of his drug problems and mental-health issues. He moved to a small town in western Wisconsin to get away from music and get clean. With the help of new fiancée Molly Moore, he got healthy, but, happily, he was not as successful in giving up music. As the success of Bon Iver has shown, western Wisconsin has turned into an unlikely hub of pastoral indie rock. Soon, Solomon and Moore had a new band, Communist Daughter, named after a Neutral Milk Hotel song. The band’s 2010 debut, Soundtrack to the End, won raves for its earthy textures, relaxed arrangements, and edgy lyrics.

The new Lions & Lambs EP is more polished, and Solomon sounds happier and healthier. Still, he’s singing things like “I’m 31 or I’m 17/ I’m almost dead, but I’m almost clean.” The song “Ghosts” pairs Solomon and Moore’s voices in a creepy harmony against an ominous bass and drums that sound like a storm gathering strength. You can clean up your act, but you can’t escape who you are.