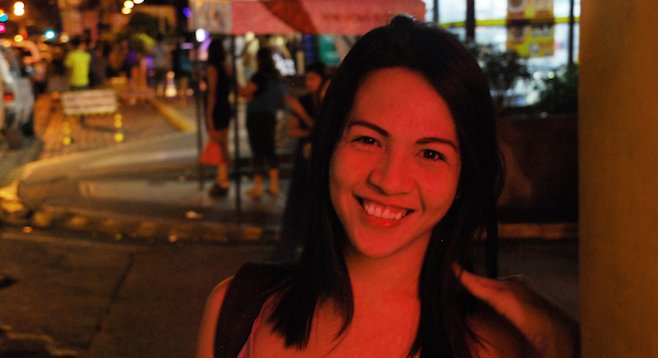 This story begins while I was watching a game at Tilted Kilt here in San Diego. A friend hears of my plans to visit the Philippines and immediately, without pausing, utters two fateful words (that I hear, anyway): “…midget fights.”

It's a few months later and I’m in Manila for my last evening in the Philippines before I hop on a flight back to LAX. My goals here have been achieved: I met heaps of fun, friendly Filipinos, I conquered the self-imposed sili pepper challenge but lost out to the boiled fowl fetus, I played basketball and sang “Land Down Under” in Cebu City.

Now there’s nothing left to do, except… see midgets fight. (Or "little people," to avoid insensitivity). I refuse to be in the same town as this spectacle, taking place in a refereed boxing ring, and not witness it. Anything else can happen – or not happen, for that matter – so long as I close out my trip with a bone fide midget fight.

So where do I book my hotel room? In the red light district on P. Burgos Street, about a block away from Ringside Bar – the site of the fight, of course.

A few steps outside the hotel’s entrance and I’m thrown into an Amsterdam meets Tijuana meets New Orleans’s French Quarter. Hawking on every corner are men pushing Viagra and Cialis pills. They don’t quit like the earlier brief Cebuano-salesmen encounters, though. It’s a hard push until any hint of opportunity is completely exhausted.

Just when the pill peddlers have given up on the fairly common (but relatively young) white guy, the nurses rush to their aid. Nurses? Yep. Hordes of attractive girls in nurse outfits are beckoning tourists to get a massage. 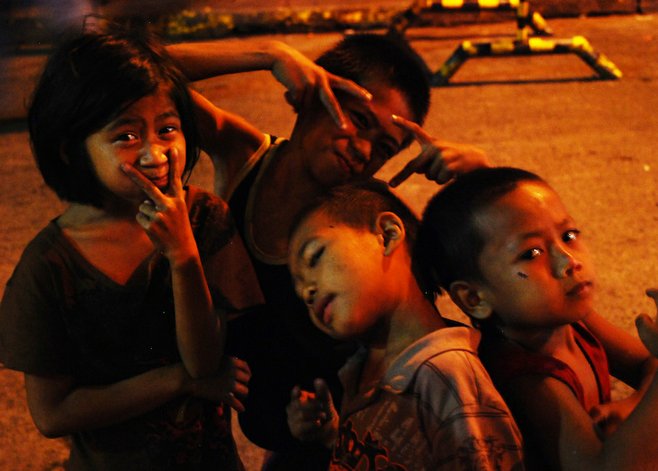 P. Burgos Street is lit up with an colorful array of bar signs lining its slender sidewalks. Throughout the streets are children asking for money. I play with the kids, taking pictures and showing them the results. An American-accented man passes me, grunting, “Don’t give them any money.” What?

A lady boy (I think) gives me a price not just once, but three times, to take her…him…whatever up to my room. By the end of the three-block walk, he/she/it is asking me to do it for free. I’ve had enough and can’t wait to get inside Ringside Bar.

The door opens, I pull a red curtain to the side, and there it is, front, center and screaming. The boxing ring is no joke. Adorned in red, white and blue, it’s ready for action.

Ringside Bar, as it turns out, is a girlie bar. Scantily dressed young ladies are sitting with patrons, others shake around a shiny pole, while the rest of the female crew tries to get their loosely choreographed dance routine together in the ring.

No sooner had I asked the DJ to play as many LMFAO songs as possible (why not?), danced a bit, drank two drinks for a bit more than ten dollars (an atrocious price in the Philippines), and took a few videos of the midget fights, then congratulated the two nice men afterwards, did I realize my Philippines trip was complete. I thanked the DJ, the fighting (flying commando) midgets and the bartender who poured my stiff drinks, then slid back to my hotel for a few hours of sleep.

Lady boy (I think) jaja. ddegrazier it's so cool that you set yourself random agenda items, like midget fights, to complete on your trips! Anyway, thanks again for sharing the adventures :)

I sincerely believe that the midget fights chose me! Thanks for the comment and reading along with the adventures...until the next one...