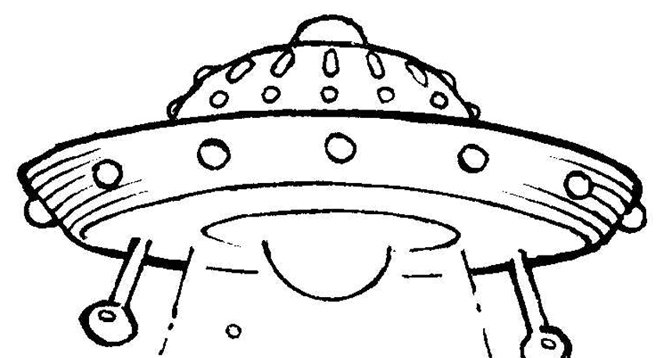 The Unarius Movement, then and now

Heymatt:
I was born and raised in San Diego County. Now I am living in North Carolina and I NEED an answer to my question. Back in the 1960s there was a late-night/early-morning television show. The host was a woman with white/pink hair, sitting in a pile of chiffon and lit by lots of Christmas lights. She spoke about being in contact with visitors from another planet or galaxy. The aliens were all blondes. She showed cartoon-like pictures of these meetings, all very crudely drawn. I believe her son and she had a group of followers. I believe they built some sort of a “landing strip” somewhere in East County. Please, Matt...can you tell me her name? You are my last good hope...none of my sisters nor any of my old contacts seem to remember.
— Carolyn 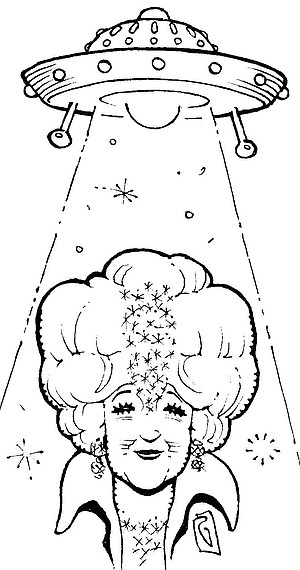 The woman’s name was Ruth E. Norman, and she used to cruise around East County in a Cadillac with a flying saucer on the roof. She, along with her husband Earnest, was one of the founders of the Unarius movement. Unarius promotes a complex, multi-dimensional cosmology and claimed to be in communication with extraterrestrial beings from different planets and planes of existence. The group claims an affinity for inventor Nikola Tesla, whom they consider the “elder brother,” and they hope to bring his dreams of free energy to fruition. For the Unarius Presents show, Ruth Norman would put on the costume of “Queen Uriel” and deliver sermons, lectures, and prophecies of the coming “Space Brothers.” You’re also correct about the landing strip: Norman purchased over 60 acres in Jamul during the early ’70s. Unarius Presents was broadcast sporadically on public-access stations nationwide for about 20 years until Norman’s health prevented her from producing the shows. She died in 1993, but the Unarius Academy of Science still has its active headquarters in El Cajon. Occasionally, the members still produce public-access television programs, links to which can be found on their website.