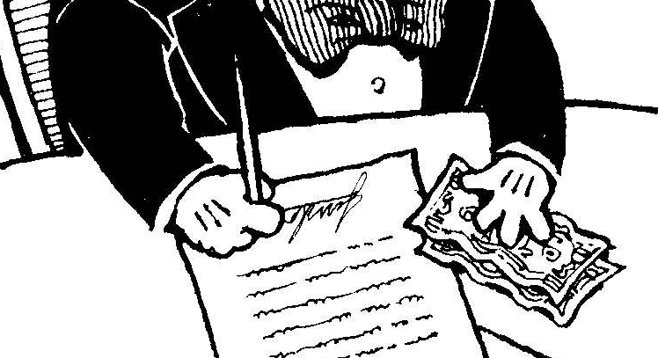 Have all San Diego mayors been weasels?

Hey Matthew:
Has there been a mayor in the history of the San Diego who hasn’t been generally considered a self-serving weasel?
— Fred 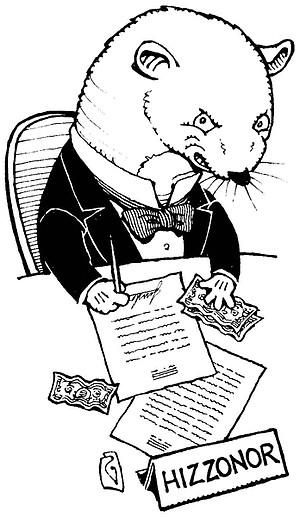 I guess it’s a general rule of thumb for any public official: give or take half the population didn’t vote for you and somebody out there thinks you suck. Look at the presidential election from last month. The incumbent trounced the challenger in the electoral college, but only 51 percent of the population voted for him. The nature of public office has evolved to generate contention because We, the People, love a close race and the sizeable minority who lose out love a despicable personage sitting in the big chair!

Every mayor, during his mayorship, has incurred the title of “self-serving weasel” in the eyes of some party or another. Look at a historical case study — Edwin M. Capps, for instance. He was mayor from 1899–1901. This is a guy who was a brilliant civil engineer. Even outside his mayorship he worked doggedly to try and thrust San Diego into the new century. He was a forward thinker who planted the seeds of San Diego’s growth into a destination city for tourism. Whether that was a good thing or not is debatable, but there’s no questioning the fact that Capps was hugely influential and had a vision for the city that extended beyond personal gain.

Of course, he faced the threat of a recall during his mayorship because (like every poor sap to take the job) everybody just cried out for blood when he was in office. The problem isn’t limited to mayors, either. How many people do you know who have furiously insisted a girl- or boyfriend was “holding him (or her) back?” It became important, maybe even vital, to break free from that rusty cage...only to find that the grass is seldom greener on the other side of the proverbial fence.

The only way to have a chance at a non-weasel as a leader or legislator is through the system described in the novel, "The FECMA Conspiracy" by Ridgeway. Our present system is designed for Weasels.

That was a weasely response, M. Alice, to go back to 1901 rather than deal with more recent time -- like the last half-century -- of pain and suffering in America's Finest City under the heel of developers, bankers and sports moguls.

Au contraire, monaghan! I find if telling that so little changes despite the passage of more than a century. If we look back 10, 15, 50, 100 years, the dynamic of political tension for the sake of tension seems intact until the very genesis of the city. Even the first mayor ever governed from afar, which might have been considered a weasely move in its own right. Plus, if you read the other question from this week's column there's somewhat of a commentary on SD's hundred-year-old mission to become a tourist mecca. The two factoids complement each other nicely.

Regard, if you must, our most recent mayor. By some accounts, he's not the most effectual politician to hold public office, yet his detractors are many and vocal. Why is that? Because the holding of office makes more enemies than friends. He'll probably wield more influence in the Chamber of Commerce, but it's likely that all the thunder will come down on the new mayor. Uneasy lies the head that wears a crown....

Keep up the good work!