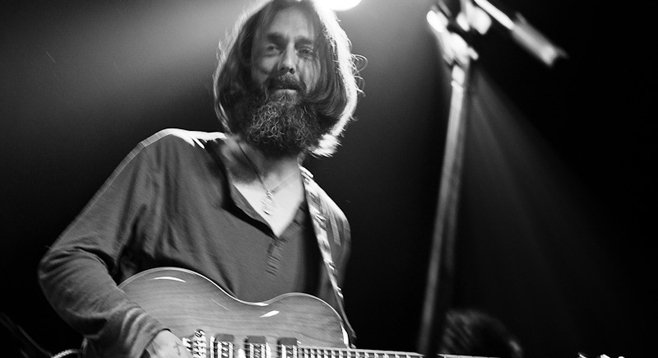 My favorite Chris Robinson story takes place in a beach bar, back when the Black Crowes was playing small venues. Someone in the audience had bounced a lime wedge off his brother’s dome. He stopped the band. He wanted to know who did it. “I’ll kick your ass, motherf!!!er,” he yelled. This, from a man who weighs maybe 125 pounds when fully dressed to a crowd of beach-type muscle heads. They’d have handed him his lunch, but that is precisely what has made the Crowes worth the price of admission over the years of their sketchy existence. Robinson gives it everything he’s got, and damn the consequences. He is clearly a Jagger-o-phile. What true rock-and-roll frontman of that generation isn’t? In their own time, the Black Crowes would become the band that the Rolling Stones had always wanted to be: true thugs making music, as opposed to wealthy Brit imports acting out caricatures of themselves.

But, then again, we can argue the relative merits of the Rolling Stones versus the Black Crowes until the end of the Mayan calendar, which looms large. The Stones, for better or worse, are still around; the Crowes are not. Or, at least, they are on some manner of indefinite hiatus. In place of them, we have the Chris Robinson Brotherhood: Southern rock meets twang with an edge of rock-and-roll decadence that is present but eludes definition. Chris Robinson is skinny and bearded and mystical as ever, but then he opens his mouth and comes with a voice that is still fresh and aggressive and worth the price of admission.

A side note: George Sluppick, the Brotherhood’s drummer, used to live and gig here. But the Brotherhood, as such, have none of the internal combustion of the Crowes, and I have to wonder, if not for the latter, would we even be discussing this new act? I think not.