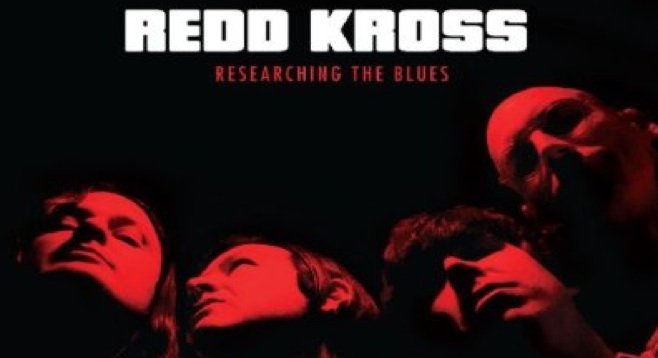 The last album by Southern California alt-rockers Redd Kross came out in 1997. Fifteen years later, we finally have a follow-up.

You know music has been sliced, diced, and sub-genred to death when a straight-up rock album like this sounds so fresh. Stylistically, Researching the Blues falls in line with the bands heavier ’90s efforts Phaseshifter and Show World. Even though it lacks the pristine lead-guitar touches of the late Eddie Kurdziel, the disc packs plenty of crunch.

The standout track is lead single "Stay Away From Downtown," which pounds its mantra into your brain in a pile-driving fashion no collection of rockers in their 40s (or perhaps 50s now) should be capable of pulling off. "Dracula's Daughter" will be an obvious hit with the Big Star crowd and showcases the band’s never-ending love affair with harmonies. "Choose to Play" may be the sleeper hit; it takes a couple of listens for this anthem to plant its seeds, but once it does, be prepared to be awed.

Listening to the strong hit-to-miss ratio on display here, it is easy to imagine that the bands core duo, brothers Jeff and Steve McDonald, had a large stockpile of songs to choose from when it came to recording this album. Instead of three or four separate albums between 1997 and 2012, we just get one "greatest hits" package for the entire era. I'm not complaining.