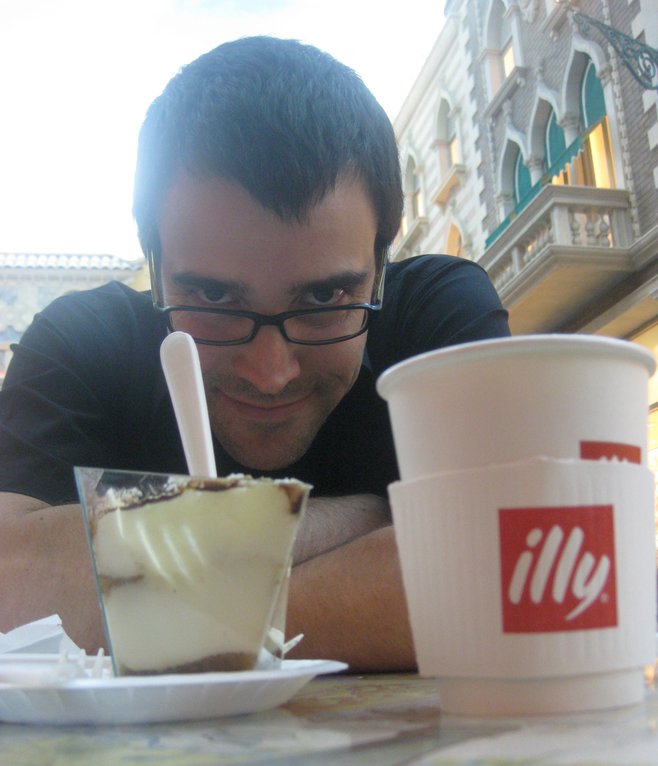 Picture Head is a compilation of all-new tracks from six La Mesa bands, scheduled for a summer release on the neighborhood-based Quasi Recordings label.

“Our goal is to bring our tiny La Mesa music community a little closer together,” says label head Matt Rhea. “We’re producing each tune for the compilation in a similar way, so the CD has some continuity with the overall vibe. We’re trying to find different rooms around town to record [in] that might add some character to the tracks. So far, we’ve used a church sanctuary and a couple of living rooms.”

Picture Head will include exclusive tracks from Edward Biagiotti as well as new songs from Milt Ellison and Rhea’s own bands Manganista and No Reply. A free download of No Reply’s “I Don’t Want to Change the World” is currently available on the Quasi Recordings Facebook page.

Rhea recalls an early gig for No Reply at La Mesa landmark Jolt N’ Joe’s. “We weren’t very good when we started out, and our equipment sucked. About ten seconds into our opening tune, the guitar went out, leaving only bass and drums. While the guitarist fiddled with his amp and tried to sing at the same time, we pressed on and slaughtered the segue into song two. The guitar was working when we plowed into the third tune, but the bass player’s strap broke. He had to hold his bass up with his knee while he played and sang the song, and then the guitar went out again.

“Rumor has it that there’s a video floating around of this show, but I don’t want to see it.”

1) Thomas Mapfumo, Greatest Hits. “His music just puts me at ease, so it never leaves the car.”

2) Joy Division, Closer. “When I can’t decide on anything else to listen to. I’m not sure why.”

3) Casiotone for the Painfully Alone, Pocket Symphonies for Lonesome Subway Cars. “Owen Ashworth is a great storyteller. He was the reason I finally tried my hand at songwriting.”

4) Vampire Weekend, Contra. “Both their albums are in my car, but I tend to lean a little more towards Contra because I know it pisses off indie snobs who think it’s okay to copy the Rolling Stones but not Paul Simon.”

MOST EMBARRASSING CD YOU LOVE?

“I made a mix CD for my wife for Christmas because she wanted a bunch of fun, dance-y tunes: Beyoncé, Lady Gaga, Katy Perry, etc. I popped it into my CD player on the way to work to make sure the flow of the songs sounded right, which is embarrassing in itself, and the CD didn’t leave rotation for at least a couple of weeks.”

WHY HASN’T MANGANISTA PLAYED IN A WHILE?

“We’re been busy recording. Besides the [Picture Head] compilation, we’ll be releasing some downloadable singles from an upcoming album soon, with some shows to follow. We’ve been working on kind of a Talking Heads/Oingo Boingo vibe, but still with the ska and reggae rhythms.”

SONG THAT BEST DESCRIBES YOUR LIFE?

“With zero hesitation, ‘Once in a Lifetime,’ by Talking Heads: ‘Well, how did I get here?’”

WHO SHOULD PLAY YOU IN A MOVIE?

WHERE DO YOU TAKE OUT-OF-TOWN GUESTS?

“I took a former bandmate of mine from Cleveland to the Alberto’s in La Mesa.”

“I saw David Rappaport at the airport when I was a kid. I was too starstruck to approach him, though.”

“Not approaching David Rappaport at the airport.”

TELL US SOMETHING WE DON’T KNOW ABOUT YOU.

“I watch The Young and the Restless and The Real Housewives of pretty much anywhere Bravo decides to tape.” ■

WORST TV COMMERCIAL? “If we’re talking about irritating TV commercials, the first one that comes to mind is ‘I’ve just tasted the ultimate cheeseburger.’”

PSYCHICS: REAL OR FAKE? “I’m generally pretty skeptical towards anything that can be regarded as hocus pocus.”

FIRST JOKE YOU REMEMBER? “Why did the chicken cross the road? I still don’t get it.”

See, reading this just makes me feel OLD because I don't know who most of those bands are.

sigh
thinks about what to gum for lunch

You should be embarrassed.