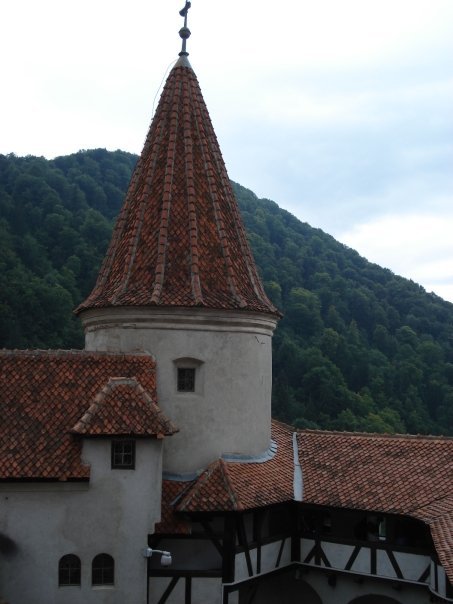 Despite entertainment-media archetypes, the province of Transylvania (located in northwestern Romania) is actually an idyllic, totally not-creepy part of the world. Transylvania means “across the forest” in Latin, and the heavily forested region is dotted with famous castles and fascinating towns.

One such castle is Castelul Bran, or Bran Castle, just an hour's bus ride from the city of Brasov. Bran is famous because Bram Stoker picked it to be the home of the titular character of Dracula, based on the real Wallachian king Vlad Tepes III (Vlad the Impaler). While Vlad Tepes may have used Bran as a base in the 15th century, he likely lived at one of many different castles.

The castle sits on a hill surrounded by lush greenery, unadulterated wilderness and fairytale Romanian peasant houses. It was remodeled and decorated by later Romanian royalty, leaving it pleasant and well-appointed; essentially, it's the opposite of the stereotypes.

The view of the surrounding area from one of several towers is breathtaking, while the bottom of the castle offers shops with cheesy Dracula souvenirs that are almost ironic in their incongruity with the serene forest.

Hi, Maria. I was there a long time ago as a kid. Nice article. Just wondered when you visited the castle. Read my article on the Moldavian monasteries. Hope you will like it. All the best. La revedere! Iolanda Scripca