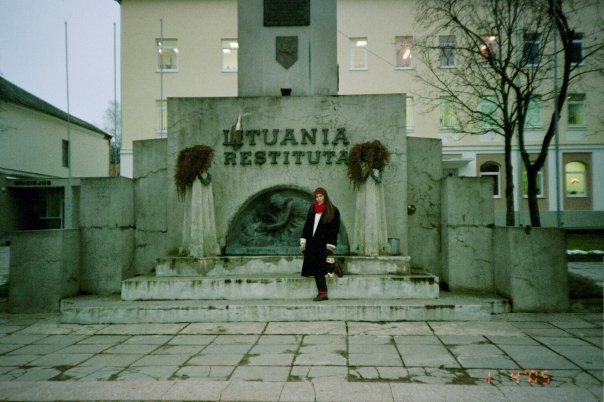 Still off the beaten path, Lithuania is one of the three Baltic republics that gained their independence after the fall of the Soviet Union. Its lush forests, beautiful national parks, the medieval Kaunas and Vilnius city centers (both UNESCO World Heritage Sites), and rich historic heritage make this northeastern European country of 3.5 million inhabitants an attractive destination.

Roughly the size of Ireland, Lithuania is bordered by Latvia to the north, Belarus to the east and south, Poland to the south and the Kaliningrad region of Russia to the southwest. The Baltic Sea kisses the surprisingly lovely 99-km stretch of coastline to the west, covered with majestic pines and long beaches with abundant Caribbean-like sand.

The country offers vast expanses of undisturbed forests and a tradition of nature conservancy that can be traced back to pre-Christian times. In this last European country to renounce Paganism in order to embrace Christianity, you’ll find odd behavior (such as embracing trees in order to gain strength) that could perhaps be traced back to these beliefs. Moreover, Lithuania’s former status as the Soviet Union’s breadbasket has evolved into a rich agricultural tradition that ensures fresh produce and tasty local delicacies are available on every corner.

Trakai is a picturesque little town surrounded by several lakes, 30 km west of Vilnius. The castle on Lake Galvė is a beautiful sight, surrounded by water and a source of symbolism – it was once the site of the Lithuanian monarchy and fell only once to enemy attack. It later served as a residence for Lithuania’s grand dukes and today is a popular museum of medieval Lithuanian history as well as a stage for concerts, festivals and films. The town also offers wonderful surroundings to explore, such as the Užtrakai and Lentvaris estates with their lovely parks and views. The countryside in and around Trakai provides opportunities for horse riding, swimming, diving, boating and yachting in the summer.

In Lithuania you can have your picture taken in the official center of Europe, determined by the French National Geographic Institute (and recognized by the European Union and the Guinness Book of Records) to be 26 km to the north of Vilnius, close to the village of Purniškės.

Lithuania’s capital, Vilnius, offers a well-preserved old town and a Bohemian atmosphere close to its university centers. Kaunas, also the Lithuanian capital at different points in time, is still its second-largest city and another historic, architectural, intellectual and economic center.

Klaipėda, Lithuania’s third-largest city, is located along the coast and is noted for being the northernmost ice-free port in the Baltic states. Its architecture departs from traditional Lithuanian styles and seems influenced by the country’s northern neighbors. Here you’ll find an old town with quaint, reconstructed merchants’ houses and converted warehouses with their original exterior timber beams. The coastal towns are cherished by locals for their white sandy beaches reminiscent of Caribbean beaches rather than Nordic countries, as well as for their abundant spas and resorts.

If you visit during the winter, opportunities for cross-country skiing and ice skating abound. (If you’re used to warmer climates, you might enjoy stepping indoors more often to enjoy a warm drink or meal.)

The Berneliu Uzeiga restaurants offer not only a meal, but an experience inspired by Lithuanian folk traditions – not just in their extensive menu, but in details such as the pottery in which many dishes are served, the live folk music, and employees in traditional dress. At the time of my visit there were five locations throughout the country, but you can find the latest information at berneliuuzeiga.lt.

I loved the stories by this writer. Why hasn't he or she published any more? This person must travel a lot, as stories go from the Caribbean and Latin America to everywhere in Europe and back. They make for nice escapist fantasies without exaggerated romanticism