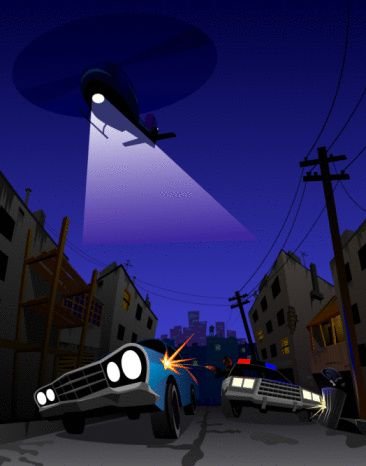 On Sunday, April 25th around 3:30 pm a female motorist was rear ended on Friars Road while in the left turn lane to Southbound 15 by a pick-up truck with two male occupants.

In their haste to get away the driver of the pick-up truck came in contact with another female motorist and sped East on Friars with the two victims in hot pursuit.

The two pursuers were quickly joined by phalanx of local law enforcement on the ground and a helicopter above.

The driver of the pick-up truck tried to shake off his chasers in the myriad of apartments and condominiums east of the 15 across from Qualcomm Stadium but was unable to maintain control of his vehicle and crashed into a parking structure.

A fire truck was dispatched to the scene as the 19-year-old passenger was taken into custody. The driver was able to escape on foot.