Joey Harris and the Mentals

San Diego perennial Joey Harris comes from a no-frills school of rock with a strict curriculum of guitar-bass-drum, life-lesson lyricism, and a ’67 Caddy for a school bus. For this summer’s s/t Double Barrel release, his first bearing his name in over 25 years, the former Beat Farmer has assembled A-list barroom rockers, called them Mentals, and taught them a batch of original blues-rock tunes that listen real easy.

From the Chuck Berry bounce of opener “Little Boy” with its gang’s-all-here riffing — check out producer Scott “Mad Dog” Blinn’s hollow-body excursion — through mid-tempo killers “Don’t Go,” “Brother of the Grape,” “Apologies to R. Newman,” and the earnest blues lament of deep track “I Haven’t Been Cryin’,” Harris’s pen and pipes mean business. The “Mental Choir” and Joe Longa’s jukebox keys warm the whole affair, kicking in right when the choruses call.

Picking nits: the air’s been sucked out of the sound. Harris is a live wire who gets doused in the mix. The band’s built rough around the edges and should’ve been left that way in production — a picnic table under all that tablecloth’s still a picnic table, and anyone playing this disc at their yard party isn’t worried about spilling sauce. 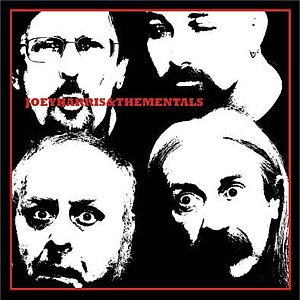 Backround music: How Long (Has this been going on?)