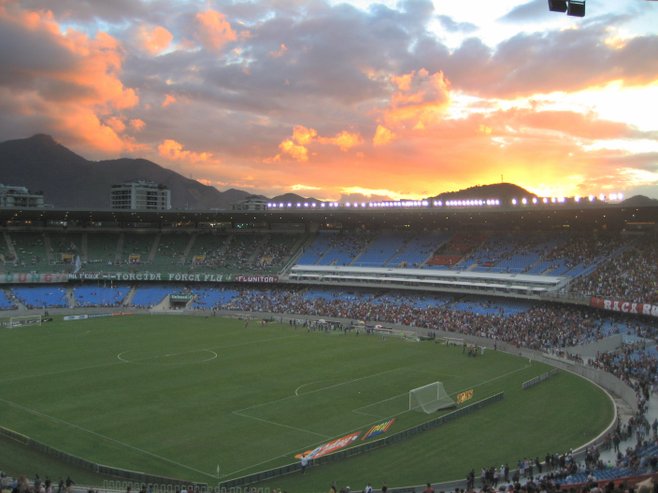 “Pandemonium” would be an appropriate word to describe a soccer, or futebol, match at the venerable Maracanã stadium in Rio de Janeiro.

Maracanã is the mecca of futebol in Brazil – every child in this country grows up dreaming of playing there, or if they are terrible at the sport, at least pummeling a rival fan there.

The game I witnessed involved a showdown of epic proportions between two local teams from Rio, Flamengo vs. Fluminense. Upon entering the stadium, I was immediately swept up in the chaos: tens of thousands of fans jumping up and down in unison, singing songs, wildly waving enormous flags and pounding on drums. And all this before the game even started.

Then, fifteen minutes into the game Flamengo launched a ball into the back of the net, and the chaos transformed into pandemonium. I’d never seen anything like the reaction to this goal at any sporting event in my life. The crowd erupted and hundreds of flares and fireworks exploded around the stadium.

If you’ve ever wondered which country has the Craziest Soccer Fans on Earth, catch a match at Maracanã and you will understand that Brazil wins this accolade.