Artist: The Apes of Wrath

Favorites of Anti-Monday night at the Casbah and Fridays at the Ken Club, the Apes of Wrath fill out San Diego’s alternative-indie scene with much-needed fat rock riffs and girthy bass lines — laid down so ably by Jake Bankhead of Bankhead Press fame. 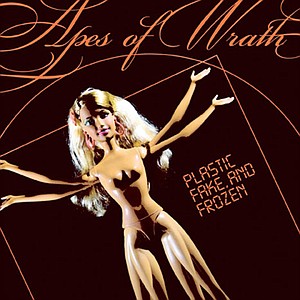 The Apes keep it edgy, with down-tempo, moody sections to each of their songs, but they also play heavy, approachable, and (dare I say it) danceworthy, driving rhythms (not usually favored by indie groups). Kent’s vocals add a hint of garage with a dash of Franz Ferdinand without all the pretentiousness and prog-rocky flailing of Franz.

Plastic, Fake and Frozen garnered a SD Music Award nomination as well as attention from Brian Karscig, Louis XIV’s guitarist, who has involved himself in the Apes’ next project. (But the boys won’t discuss what role Karscig’s playing. Ooh, intrigue.) Bigger and better things lie in store for the Apes.

My favorites on the album: “Ramses,” “Ready to Work,” and “Chuck Norris.”