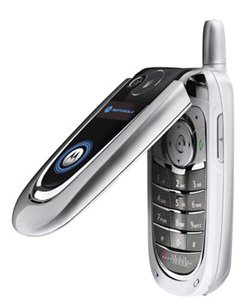 The after-Christmas glut of stuff landed hard on the Kelly home — every surface was laden with goodies waiting to find a place on our crowded shelves. Hubby Patrick and I decided it was time to de-clutter. Three days later, we had finished sorting trash from treasure from things to be donated, and we stared in awe at our pile of discarded electronics: two computer monitors, a TV/VCR combo, an old vacuum cleaner, two caller- ID boxes, an ancient microwave, and three cell phones. Some of it worked a little, some of it didn’t; none of it was wanted. But I was hesitant to just send it all to the dump.

Turns out my hesitation had an upside — I learned that Mike Dolbow of Green Planet Solutions Inc. (760-639-0672; www.atotalgps.com) really didn’t want me to send all that stuff to the dump. “That’s electronic waste,” he said. “It’s our name for any item that runs on a battery or wall power that has reached the end of its life. Besides what you’ve got, there’s clock radios, home telephones, printers...and the batteries themselves. They’re all pretty much toxic because they contain heavy metals — things like lead, cadmium, and sezium. Some of them contain arsenic. Cathode-ray tubes are some of the most toxic — those are the tubes in TVs and computer monitors.”

Dolbow’s concern is that such toxins won’t just stay in the dump. For example, “Polydiethylether was a fire retardant used in electronic products for years. It’s been outlawed now, but it’s still in a lot of products manufactured prior to 2006,” products likely to hit the trash heap in the next few years. “If not recycled properly, polydiethylether can get into the groundwater, and from there, it can accumulate in the body over years, causing birth defects and other damage to the body.” Computer monitors contain a powder that may itself contain aluminum dioxide, “which is very harmful. If a monitor is cracked, we collect it while wearing proper safety gear and box it up separately. Batteries contain materials that are even more toxic than monitors. Never throw out batteries — car batteries, cell phone batteries, even alkaline batteries.”

Recycling keeps this sort of stuff out of the dump, but unfortunately, said Dolbow, “a lot of recyclers are selling the electronics overseas” because of the high profit margin. “There, the recyclers don’t have the same environmental controls or human safety controls we have here. They’ll take big piles of wire and burn off the insulation. They’ll do the same with PC boards; the toxins just get released into the air. Workers wear no protective gear. I started this company to make sure things get recycled 100 percent.”

Ecofriendly recycling, he said, avoids that fate by making sure that “every single material that’s being processed is properly recycled or destroyed. We’re a collection service. We bring the materials to E-World or IMS, and they separate the materials. They’ll reclaim copper and glass and send a lot of material to a large facility up north. Plastics are recycled into other materials. Toxins are removed either chemically or mechanically. Metals are crushed or melted down in a slow melt process that doesn’t produce toxic fumes.” Even batteries get crushed and separated into their constituent parts “for use in other batteries.”

Not every item Dolbow picks up goes into the recycling stream. “If we get good computers, we’ll remove the hard drives and replace them — sometimes, we get new hard drives donated or trade for them at small computer stores. Then we’ll refurbish the computer and donate it. We’ve donated some to Head Start, some to families. We’re trying to start up a refurbishing school program — if students come in and put in a couple of hours of labor assembling computers, they’ll get to take home one of their own.”

Working with the schools is how Dolbow hopes to make recycling a culture instead of a cost. “Processing this stuff is actually cheaper” than manufacturing from all new materials, “but it’s not a culture. It’s more of an ideal — something that’s cool and earthy if you’re into it, but if you’re not, you don’t do it. The best way to make sure ecofriendly recycling happens is to instill it in the younger generation. We offer drives within the schools: we ask the kids to flyer neighborhoods. People bring their electronic waste to the school on a Saturday and drop it off at our truck. If we collect 20,000 pounds of material, the kids get a free dance — I used to be a DJ and still do it on the side.”

Older folks, hopefully, will take a lesson from his business model. “By law now, companies can’t throw electronics away. There’s a state service you can call, and the service contacts a local recycler who then charges you to come pick up your electronic waste. But there’s a state fund through the EPA that pays the recycler 20 to 48 cents a pound for the stuff. If I’m collecting money from the government, why should I charge you to pick it up? We make money from recycling materials through our downstream partners. There is no reason why we should charge the public.”

The business is still getting going — right now, North County pickups are free, while other San Diego areas require a $5 surcharge for gas — something Dolbow hopes to eliminate as business grows. And already, Dolbow is seeing some results. “We get a lot of vacuum cleaners, microwaves, DVD players. We pick up about 200 computers and monitors a week, though our goal for the monitors is 1000. We’ve picked up just under 1000 cell phones. Right now, we’re targeting business areas, but we’ll do curbside pickup. We’ve had a couple of neighborhood associations ask us to flyer their neighborhood and then go through two days later. Or people can call us for an appointment. And if an item is too heavy for you to move, the crew will remove it for you.”