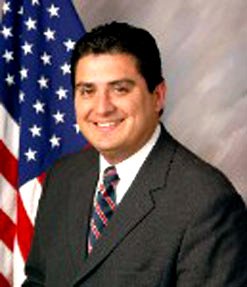 If past behavior is any guide, last weekend’s playoff game between the Chargers and the Tennessee Titans resulted in a full house at the City’s Qualcomm Stadium box, to which each San Diego city council member receives two free tickets. (The mayor gets six; Councilman Scott Peters, the council’s president, gets four; stadium management receives eight; City Attorney Mike Aguirre gets two; and two go to each of the nine members of the City’s stadium advisory board.) After years of scandals — some involving tickets given by councilmembers to their biggest campaign contributors — the City finally adopted a new procedure requiring the City boxgoers to affix their legible signatures to a roster that was supposed to be posted quarterly on the Internet for review by the curious citizenry. (As of last week, the sheets for the second and third quarter were missing from the clerk’s website, requiring a trip downtown to the clerk’s office; an assistant clerk said the omission should be corrected by now.)

At the September Bears game, stadium manager Erik Stover gave two tickets to the Fort Lauderdale, Florida–based Sport Management Research Institute, which describes itself as “a full-service market research consulting firm specializing in sport and entertainment business.” According to a September 13 memo, the gift represented a “trade-out of guest services research during Chargers games.” Malissa Stanley, a local muralist, got two tickets in exchange for a “logo painting in the press box.” Other recipients included Jeff Vetting of Live Nation Motor Sports, which runs motorcycle events at Qualcomm, and Steve Redfern of AEG Live, which is building that 13,000-seat outdoor concert venue located on the former Chargers’ practice field. Others to bag the coveted box seats over the course of the football season included the son and mother of Councilman Jim Madaffer; Matt and Lindsey McGrath, listed as relatives of Aguirre lieutenant Don McGrath; and lobbyist and political consultant Art Castanares, who went with Councilman Ben Hueso.