"Bench to the Bus Stop," by Nature of the Beast, was the most-downloaded mp3 from SDReader.com during November. Below is an interview with members of the group.

Ollie: I just gave Nature of the Beast a lukewarm review. All right, clear your name, tell me what you think I missed and what you're trying to do with your music that I didn't quite understand.

MarkmyWords: It's not even necessary to clear our name. I'm pretty happy with what Nature of the Beast stands for and has accomplished at this point. Those that know, know. And for those that don't, hopefully a half-thought-out and slanderous review won't sway them from listening to new music....

Hip-hop in San Diego is far different than the Reader will lead you to believe, and I can assure you my topics are far more than "boasts of my fighting and sexual prowess." Never on the album do I talk about either. This song [lyrics below] is the only song on the album where I mention women; you can see the "cliché" derogatory terms I used, right?

"Bench to the Bus Stop" is a song is about my mom dying when I was 15 and the health conditions that my wife deals with currently that could cause her to die at the same point in my son's life. The topic is about going through the same dramatic situation in life twice, each time in a different role. I feel it's a truly original and deeply personal topic.... 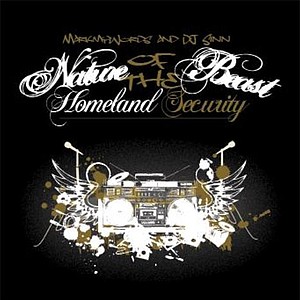 DJ Sinn: I agree that the album had its flaws and the overall sound quality and just the way we went about recording the album and making it was with the best we had. I'm not rolling in bread and neither is Mark so we dumped everything into a portable 16-track digital Yamaha outboard recorder. It's rough and grimy, but that was our budget....

I was totally blown away when I read what Ollie had to say about me, though, just because a lot of critics don't really ever understand scratching or its place in hip-hop culture. Back in the day, the deejay ran the show and was the key member of a group....

I agree, too, with the oversaturation at times with my scratching, and I've talked to Mark about it after the album was dropped. It's cool, though, because we both agreed after working on this album for over two years we needed to just drop the album. It's an opportunity for us to show growth on the next album, which we're gonna start working on full steam in the beginning of the new year.

Lyrics to "Bench to the Bus Stop"

My childhood, was like a nightmare,
But from the high chair, I never cried tears,
If I died, shit why would I care,
I'd just disguise it and hide it behind the dyed hair.
I was asleep most of the time on a bed in the streets,
Barely alive hanging on by the skin of my teeth,
Probably high or drunk, or something in between,
F*cking hungry, I had to steal to eat.
My mother just died, father went senile,
Sister so fed up that she fled the scene,
It was a circus, three rings and worthless,
Human in the middle trying to scrape the remains.
Evaluate the purpose and escape the dreams,
Cause Ill never really see until I break the chains,
I push for the light on every night that it rains,
Until I finally find I have enough light to escape.

My days have changed and they've made me stronger,
I've paved my ways and escaped the monsters,
I lay waiting the waves are calmer,
But even though it's ancient the past still haunts ya.
I got a wife now, my life's cushion,
'Cause somebody said that all a man needs is a good woman,
I keep pushing because she's carrying my seed,
About to spend my days chasing round my little footprints.
It's got me thinking about life and what it holds,
At night I wonder what the future has for my world,
If disaster strikes and spins it in reverse,
I'll snap like my dad, family curse.
What happens to a man when the shrapnel rumbles?
What happens to a king when his castle crumbles?
The ground slips, ripped out from under you,
You start to think. Everything's uncomfortable.

So when the foundations cracked are you fit to be a father?
Or a monster in disguise just hiding your true colors,
My inner child will crack and take cover,
The storm takes nature and floods the rain gutters.
In another attempt to cover its scent,
It slips past your guards, and builds it defense,
Inside of your fortress, compulsive disorders,
Take form at every issue you got.
Your sorted past gets lost in the space and wreckage,
A nervous twitch for every day you severed,
But all in all, I've been there and back,
So I'm instilling all the knowledge I have, every fact.
It ain't easy, I'm digging up the past,
Trying to learn from every time life has kicked my ass,
Until I'm gone, I'm loving what I have,
Doing the best to never fall through the cracks.

Thanks to Nature of the Beast for being good sports.