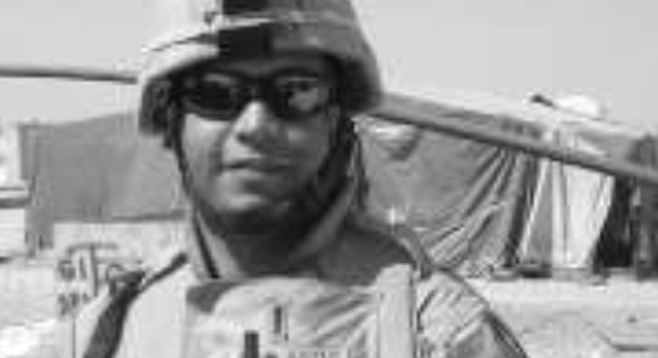 The road from Kuwait

We had a long flight and went right into training to confirm the sight alignment on our weapons; we watched two mandatory training videos and then waited on logistics -- all after two hours' sleep and jet lag. We are upgrading the armor on our vehicles and sorting out the equipment as it comes off the boats. We were supposed to head north Tuesday, but there were complications, and now we have to wait indefinitely. I am not sure if it is just a coordination issue or if there are other issues preventing us from landing. The camp we are at is barely big enough to hold the volume of troops here. Everything is a line, including meal time and port-a-johns. We are still living out of our backpacks, and the desert is not as exotic as one may think. Blue sky and tan sand -- not too colorful. The guys are great; despite some frustration and anticipation, everyone is doing well.

After spending ten days on standby to leave our port of arrival in Kuwait and head into Iraq, I am more than ready to find a more permanent residence. In summation, here are the highlights for reasons to leave (in top-ten format):

After several minor incidents, we managed to make it to the base. We made it late Thursday; there were no lights in the streets or outside the tents or chow hall -- a preventive measure against mortar attacks. We had to learn how to walk around in the dark without crashing into the concrete barriers that protect us.

As for living conditions, we have been bartering and scavenging from the Marines who are leaving. I currently have a cot, footlocker, and three cardboard boxes that are serving as my nightstand and dresser. I am using the footlocker for my desk, and it's not too bad.

From the blog, Medicine Soldier in Iraq