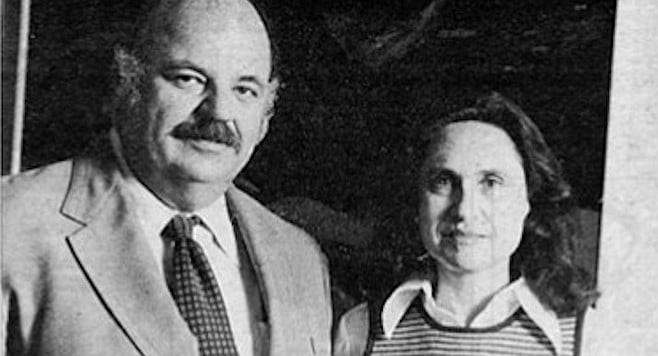 Norman Mailer’s new book, Genius and Lust, “a journey through the major writings of Henry Miller” (Grove Press, 576 pages, $12.50) should call forth a fresh spate of anecdotes about the subject. The book is essentially an anthology, with Mailer’s prefatory essays acting as a pungent sauce to Miller's heady delicatessen of ten selected works, including sections of Tropic of Cancer. Tropic of Capricorn. Sexus. Nexus, Plexus etc.

In his determination to explain Miller’s genius. Mailer assumes Miller’s style, his cadence, his rhetoric. Momentarily (since Mailer rarely sits still long enough to assume any of his chosen roles). Mailer and Miller become one. With the same bravura that marks Mailer’s Advertisements for Myself he announces of Miller’s Tropic of Cancer, “It is one of the ten or 20 great novels of our century, a revolution of style and consciousness equal to The Sun Also Rises."

While he admits that Miller “is not a social writer but a sexual writer," Mailer serves up the whole package as if it were all good clean fun, and as if the onus of pornography and censorship had not dogged Miller for more than 30 years, from the publication of Tropic of Cancer in Paris m 1934, until the early 60s in the United States.

I do not wish to fault Genius and Lust for this omission. America has a way of raising to the level of culture heroes the very people it once denigrated with censure, Lenny Bruce and Miller providingjust two such examples. But for the uninitiated. Miller does not produce the hunting and fishing stories of Hemingway, nor their vapid heroines, nor their rigid code of “maleness.’’ Mostly, Miller has written about his sex exploits with wives, lovers, prostitutes, re-created in the rhetoric of four-letter words that used to be called “pornographic."

I say “used to be called’’ because some 15 years ago, on April 25, 1962, I appeared in a San Diego court room as witness for the defense of Lawrence and Geraldine McGilvery, owners and operators of a La Jolla bookshop, the Nexus. They were on trial for selling obscene material, namely. Miller's Tropic of Cancer. Prior to the arrest, a young police cadet posing as a student had entered the paperback bookstore and insisted that he needed Tropic for a course in journalism. After a 20-minute conversation, during which many other books were suggested to him, the ostensible student obtained a second-hand copy of Tropic for 50 cents. The book did not belong to the McGilverys, but to a friend. With this worn copy in hand, the police chief of San Diego pressed for a victory over “dirty books" which had been of immediate and grave concern to many religious and political groups. Accordingly, the operators of the book shop were arraigned in court and the machinery for a trial was set in motion.

Neither the arrest of these young booksellers nor the trial was new to Tropic of Cancer. Grove Press had issued the book early in 1961, a year after Lady Chatterly’s Lover had been exonerated by the courts. Tropic of Cancer was free to circulate in the mails. But the absence of federal trials permitted open season on Tropic at the local level.

Citizen groups, whose knowledge of Tropic stemmed from its reputation, or outraged individuals who scanned for four-letter words, urged police action. Thus, over 60 cases came to trial, most of them criminal, rather than civil, suits. By the time the difficulty arose in San Diego, Tropic had done battle across the country as well as on the West Coast In San Francisco and Los Angeles (which boasted more than 30 witnesses for the defense) Tropic lost. With almost no money in San Diego (Grove Press sent books but no cash), the prospect for the La Jolla couple appeared dismal.

One lawyer (now deceased) finally agreed to work in behalf of the McGilverys. and the trial in San Diego took on a fresh dimension when the leading witness for the defense proved to be a woman.

Prior to my appearance, the entire book had been read aloud to the jurors, who had been selected over a period of two and a half days and submitted to a rather ingenious test of their objectivity by the prosecuting attorney. Marlin Gutflcisch. He read aloud three lists of words, varying from medical terms and 2 every-day variety of four-letter 2 words, to scatological and “hardcore’’ phrases. He asked each prospective juror whether the presence of these words would make them unable to judge the book as a whole. Two women disqualified themselves on this basis. Those who gave assurances that language alone would not determine their final decision proved to be six men and six women, between the ages of 40 and 55; the women housewives, the men mostly employed by aircraft industries. The most commonly read magazine in this group was Reader’s Digest.

As we drove to court, the defense attorney warned me that if I seemed too much above the level of the jurors, the prosecution could argue that I had no comprehension of community standards. The decision in the Roth case (1957) not only served as a criterion, but had been printed in immense type on a large chart that was propped up for everyone to see. “Anything is obscene if, considered as a whole, its predominant appeal is to prurient interest, i.e.. a shameful or morbid interest in nudity, sex, or candor in description, or representations of such matter...." As an expert witness, it devolved upon me to prove that Miller did not violate customary limits of candor, and that I knew and could assess these customary limits.

In ways mysterious to trials, word had got around that the proceedings were lively. While most witnesses take the stand for less than an hour, I spent the morning trying to discuss many aspects of the novel — its autobiographical elements, its fantasy, Miller's concept of the artist, of women, and most important, not just what writers write, but why they write. After lunch, the court room bulged with the curious and the seekers of sensation, with friends and foes of literature.

The packed house increased the pugnacity of the prosecuting attorney. Mr. Gutfleisch. a well-fleshed man with the demeanor of restrained arrogance based on what he doubtless considered his absolute success in this case. He had heard his witnesses dismiss the book as “garbage"; he sensed the conservative mood of the city, which augured victory. To prove that he could discredit Tropic by evidence rather than rhetoric, he came armed with questions that had been put to witnesses from previous trials.

In fact, there remained just one weak link in his otherwise solid presentation: I had studied the same briefs of the previous trials, which amounted to hundreds of pages of testimony. For this reason, Gutfleisch rarely asked me a question for which I was unprepared. This forced the prosecutor to employ a more dramatic strategy — he asked me to read aloud the so-called “dirty passages." Perhaps the prosecutor hoped to discredit me in one of two ways: either I would refuse to read the passages, proving that these descriptions violated community standards, or else I would appear unladylike, and hence offensive to the jury. I therefore used a dry, mournful tone, consciously imitating T.S. Eliot’s reading of “The Waste Land.” Without looking at the court or the jury. I kept my eyes assiduously on the book, and read in funereal manner as if it were a sermon.

The prosecutor appeared the model of indignation and personal outrage when, after each passage die would point to the quotation from the Roth decision on obscenity and demand whether Miller did not go beyond the limits of “customary candor.” I emphasized the need to understand Miller’s total meaning, adding that Miller used physical realism to heighten his unexpected lyricism. In this manner, and with varying explications, I had to defend all the notorious passages.

Suddenly, Gutfleisch switched to yet another attack: “Would you allow your son to read such stuff?” I shot back, “How can he when he’s only six years old?"

Just before the court adjourned, the prosecuting attorney asked me for a summary statement. I made an impassioned speech for self-discovery, for combining the life of the senses with the life of the mind, and any other rallying point that came into my head. That night, radio, television and press carried word that a mother of two children had defended “obscenity.”

The jury went out at 2:15 on April 30, 1962. and did not return until the next day at 5:45 p.m. It could have voted for acquittal on any of three grounds: 1) that the booksellers had not “knowingly” sold obscene material; 2) that even though obscene, the book had been sold to a student for legitimate purposes: or 3) that the book was not obscene. In his instructions to the jury. Judge Schwartz advised that the deliberation focus on whether or not Tropic of Cancer was obscene, and only after that to consider the other possibilities. The verdict: Tropic of Cancer was found not obscene when taken as a whole and by present community standards.

For several months after the trial. I received about equal shares of blame and praise for my role as defense witness. One woman accosted me at the beach to assure me that I would go down in history “as the most unfeminine woman in the world." And for as long as a year, my appearance at a concert or even at a supermarket would cause some people to whisper about me, referring to me as “that obscenity woman.” Then, inevitably, the furor died down, the case was forgotten.

More than a dozen years passed. In that period, Tropic of Cancer was published in England without a ripple of protest, and Grove Press issued Tropic of Capricorn (published in Paris in 1939) with scarcely a nod from the censor. In 1970 the film, Tropic of Cancer, appeared, and by 1976 Mailer chose to canonize Miller by saying, “A small but accountable part of the literary world has regarded him as the greatest living American writer for the last four decades....”

In May of 1975, in my capacity as restaurant reviewer for the Reader, I received a phone call from a public relations man, one Russ Tilford. who asked me to visit a Mexican restaurant, Si Senor, in La Mesa. Ordinarily, I ignore such suggestions and during the opening minutes of our conversation I was a bit peremptory. However, I softened when he told me that the restaurant was owned by an attorney, Martin Gutfleisch. Could this be the same man who had taunted and goaded me and done his best to unnerve me in the Tropic trial? I agreed to come to the restaurant to find out.

The owner of Si Senor and the former prosecuting attorney proved to be one and the same man. Gutfleisch recognized me immediately. He had gained weight and his tone had softened. In his old role, he had wished to discredit me. In his new one, as lawyer/restauranteur he desired exactly the opposite. We had a pleasant evening.

For a while we chatted about restaurants, but finally we arrived at our real subject, namely Henry Miller. Gutfleisch assured me that he had admired my testimony, that he wondered during the trial how the defense had managed to come up with such an expert witness, that he had never forgotten the case. “If I were working for the D.A. today, I wouldn't take such a case.” he said.

As my husband and I walked out the door of the restaurant, there stood Gutfleisch calling into the spring night, “Remember, I love Henry Miller, I love him....”