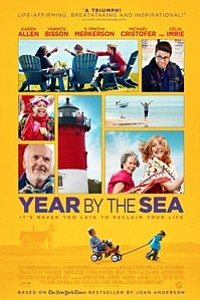 At 114 minutes, this Year only feels like a decade. It's goopy, by-the-numbers woman’s pictures like this that give melodramas a bad name. Hoping to resume her career as a writer, a defiant Karen Allen thinks the time is right for a brief separation from her overbearing husband (Michael Cristofer). Instead of dutifully following wherever his job takes them, Allen pursues her newly developed fondness for Cape Cod sand dunes and salty air. A good (bad?) third of the movie qualifies as travelogue while each of the supporting characters could qualify for a TV movie of their own. Allen’s energy alone isn’t enough to set this soap opera bubbling. As gratifying as it was seeing the actress in a comeback role, this is the wrong framework for her radiance — like seeing the Mona Lisa encased in a plexiglass holder. Orchestrator Alexander Janko makes his debut as writer and director. 2016.