There is something stupid-hot about the thought of a monotone, glassy-eyed chick whose frozen kisser prohibits her from cracking a smile while having indiscriminate sex with an array of partners. This is precisely why audiences will want to skip this gross-out marathon and download a bunch of Sasha Grey porn. Aubrey Plaza, the 29-year-old TV actress (and bulimia’s answer to Melissa McCarthy), makes her solo feature debut as a high school virgin, spending her summer as a lifeguard and eagerly seeking to be promoted to the rank of SFC (Slut First Class). First-time writer-director Maggie Carey honors her leading lady’s roots by frequently halting the action to insert a skit. (Why the random third-act skirmish with a rival pool crew?) Who will Aubrey trust with her virtue: the buff surfer dude (Scott Porter) or the nerd (Johnny Simmons) who, in the heat of anger, wishes AIDS on her? This makes Little Darlings look like the work of Agnès Varda. (2013) — Scott Marks 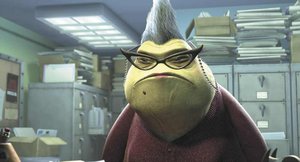