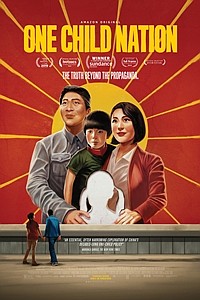 There are a great many talking heads in this documentary from Nanfu Wang and Lynn Zhang that explores how exactly China went about preventing 338 million births between 1979 and 2015, when the one child policy ended and two children became the preferred number. (It seems there were no longer enough young to provide for the old.) And as a rule, talking heads do not make for compelling film. But such heads, and such talk. A trafficker jailed for collecting abandoned children from the side of the road and selling them to orphanages (which then offered the children for international adoption). A midwife who kept count “out of guilt” of the 50-60,000 forced sterilizations and abortions she performed — on women who were “dragged to us like pigs” — and who now treats only people struggling with infertility in an effort to atone for her sins. And in a brilliant, agonizing mix of personal and political, more than a few family members. It also helps that the images that show up between the faces are not simply scene-setting, but demonstrative. A slogan painted on a wall: “Better to shed a river of blood than to birth more than one child.” A yellow medical waste bag atop a heap of refuse, split to reveal its intact and inert contents. A pigsty where children hid in the hopes of escaping collection. And to its credit, the film stays close to the ground — here’s what people remember from a time that many would prefer to forget — and only occasionally allows itself reflection. Perhaps the most heartbreaking: Wang hearing the constant refrain, “It was policy, we had no choice,” from those she interviews. 2019.