The Last King of Scotland 1.0 stars 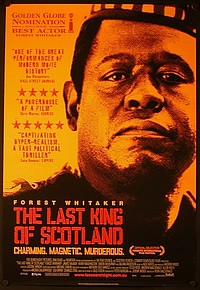