Sony’s episodic, dialogue-driven, animated series on vampirism for youngsters rolls on with a third installment, this one set aboard a 20-story ocean liner. Hideous background and character design ahead, captain: the animation is so claustrophobic, one would swear that it was filmed entirely on a Hollywood soundstage. Were those Gremlins from the Kremlin? Did I get an earful of the “oggly-oggly-oggly” sound-effect? Quoting Love Boat is inevitable; cribbing Termite Terrace in this company is unthinkable. Adam Sandler returns as the voice of Dracula and Mel Brooks deserves every penny they paid him for the five inaudible moments of schtick he contributed to this debacle. (Can father-and-daughter matching fart jokes be near-at-hand?) And when all else fails, since there is no formal conclusion in sight and no loose plot ends to cinch, let’s close with the characters joining in song — in this case the ear-emulsifying Macarena. Don’t insult your children by letting them near this. Genndy Tartakovsky wrote and directed. (2018) — Scott Marks

What a miserable person you must be. Do you even have any kids? Probably not, because no person would want to spend time with a disgusting human being like you. This is the most inaccurate review I’ve read. 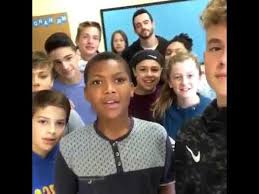 i'll agree this movie was complete crap, but you don't gotta be so extra