First Issue of the Reader

The first issue of the San Diego Reader came out on October 5, 1972. The 12-page black-and-white tabloid was laid out on the dining room table of a one-bedroom apartment on Mission Boulevard in Mission Beach, and 20,000 copies were printed at Western Offset on State and Market streets.

Among the early writers for the paper were Kathleen Woodward (ex-wife of Washington Post reporter Bob Woodward); Jonathan Saville, literature professor at UCSD; Eleanor Widmer, who taught at UCSD and San Diego State; Jeff Weinstein, who went on to review restaurants at the Village Voice; Connie Bruck, who later wrote for the New Yorker; and Duncan Shepherd, a graduate student in visual arts at UCSD.

Wow - I forgot that there were still 13 drive-in theaters (and that's excluding North County) at the time. I have fond memories of every one of them. Thanks for sharing this. Happy Anniversary / Birthday, Reader. 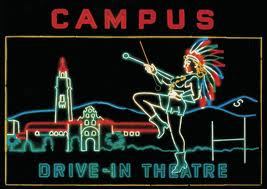 Chuck Berry was on the Top 10 singles chart with "My Dingaling"...

Check out the Want Ads. For Sale Raise-A-Kid Kit. LOL!