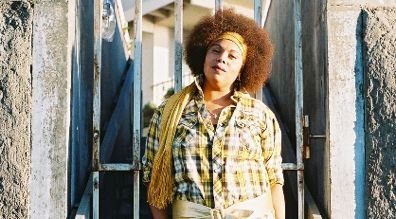 “I call my music ‘Brooklyn style,’” says Puerto Rican vocalist Zulayka Dent (who goes by just her first name). “I mix R&B, Latin, house, hip-hop, traditional Spanish, Caribbean, and reggaeton sounds in a synth-driven pop/dance format. After 15 years in the music business, I’ve come close to being signed, but record labels want to pin you down to a certain category, and they’re really confused by artists who sing in Spanish and English, especially within a single song. It’s better to work independently now, anyway.”

Raised in New York City, Zulayka’s previous band, Conjunto Calle 4 Banda, stuck to more traditional Puerto Rican songs, with a debut album in 2000 that included salsa, merengue, and bachata. “Our manager decided to put himself on the cover instead of the band. The rest of the group only appeared on the back cover, in small collages. I wish I could go back and do that differently.”

Going solo in 2002, she began experimenting with rapping, hip-hop, and club music, releasing a series of bilingual singles that charted modestly in Puerto Rico, the Dominican Republic, and even Cuba.

Currently based in Pacific Beach and married with two children, she says, “Shakira and Jennifer Lopez have blazed a crossover trail that I hope to follow. Well, maybe except for cohosting American Idol.”