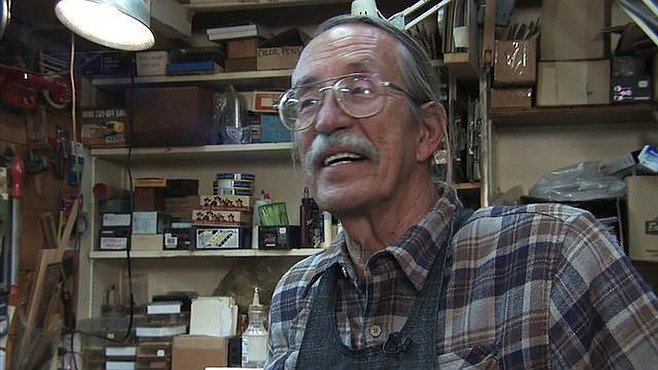 Flamenco guitarist Yuris Zeltins spent years as a builder/repairman at the shop he founded, Blue Guitar in Pacific Beach (which later moved to India Street, then to Mission Gorge). "For me, flamenco was an attraction because, similar to the blues, I think it attracts people that are lost, who can’t find a place," he told the Reader in 1994. "The normal thing doesn’t quite fit."

"I taught myself to play from records and what I could observe from people, what I could logic out from different people’s approaches." In the 1990s, Zeltins frequently played area venues like the Tablao Flamenco with his wife, Maria del Rosario, aka “Charo” Monge-Romero.

Zeltins continued to do repairs out of the back room of Blue Guitar until he moved to Seville, Spain, in 2016. The Blue Guitar shut its doors permanently in February, 2018.