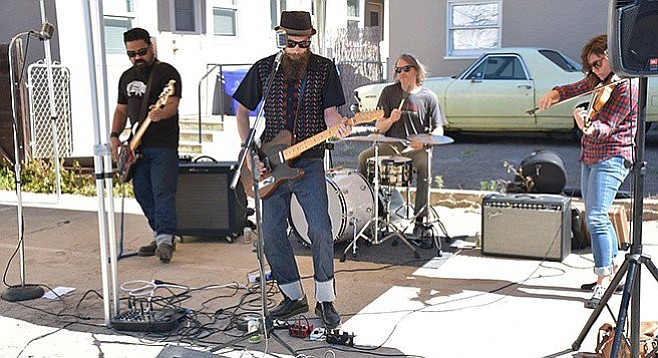 Ypsitucky features members of El Monte Slim who regrouped under a new name while that band was on hiatus. The acoustic/country outfit includes singer/guitarist Ian Trumbull, bassist Ruben Ramos, and drummer Paul Brewin, alongside cellist and fiddle player Heather Vorwerck.

“We really enjoy each other’s company and do things outside of the band, which is probably key to maintaining a good chemistry,” says Trumbull. “Beer and jokes are our collective diet.”

The players in Ypsitucky veer more toward Southern blues than their previous ensemble, though, “We’re definitely a song-based group, as opposed to any one particular style,” says Trumbull. “I suppose you could say it’s a twangy, roots-oriented pop or country, with a small dose of rock-and-roll swagger. We can certainly play alongside almost any band that’s not reggae or hip-hop.”

Their New Old Lady EP was released in summer 2015.