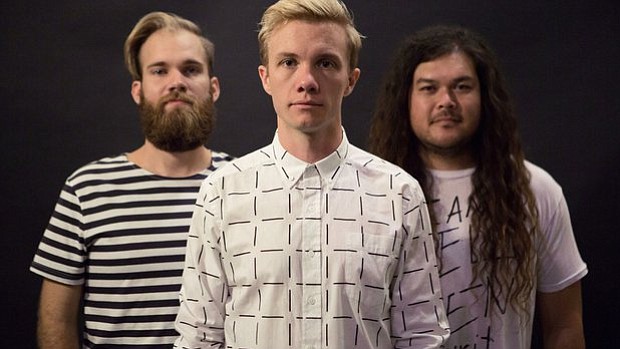 Originally founded in 2008 as Family Wagon, the Young Wild specializes in modern alt-rock played on vintage tubes and synths excavated from the depths of eBay. The band began when guitarist Ryan Weiss and bassist Gareth Moore met to jam with friend Bryan Bangerter who, lacking a drum kit, pounded on a cookie sheet in the basement of their college science building.

The noise disrupted the reproductive cycles of lab rats, and they were told to stop. But they didn’t. And it wasn’t long before they met Calen Lucas, a corn-husking Kansan whose voice could flatten a wheat field. In January 2013, they played a month-long Monday night residency at the Casbah.

As of 2015, the lineup featured Moore with Bryan B. William and Brandon Zedaker, with all three players former students at Point Loma Nazarene University. They spent Autumn of that year on a national tour with ZZ Ward.

After releasing the single “Not A One” online, the band received looks and listens from blogs and labels, including Fairfax Recordings. Their EP All The Luck, released in April 2016 via Fairfax Recordings, was produced by Fairfax head Kevin Augunas (the Lumineers, Black Keys, Cold War Kids) and the Young Wild's William and Zedaker.

William explained "The songs on this EP are about being wide open to the misadventures and moments that challenge usthe most. That they are all worth going through, even if it nearly kills you."

The Young Wild spent much of 2016 on the road, including a tour with indie pop singer Max Frost, with a new single debuting in December, "In The Wild," for which a video was shot. Press for the video describes it as "an immersive and visceral cinematic experience that captures the stories of several vastly separate lives that collide in an epic adventure of loss, survival, and the fragility of the human spirit." A stripped down acoustic video for "In The Wild" debuted in January 2017, featuring a performance jam.

"You've Seen This Before, We Know," the band's ten-part web series, debuted on their website in early 2017. "We decided to present ourselves as an archetypal band going through the bizarre tug of war that all bands go through when they are molding an identity," says Williams. "We parody ourselves and the music world to give insight into ourselves, and also as a defense mechanism against crippling self doubt. I think bands do spend time contemplating their alter ego or band persona and trying to bridge whatever that is to an audience. The presentation of such a thing is inherently absurd to me, but in the same breath it's the coolest thing I've ever seen, when it's done well. The film series gave us a vehicle to explore how strange it is to be a person, trying to be a band."

Ryan Weiss has also played with Brothers Weiss, Tilt, and Family Wagon. In 2011, he co-founded the Lifted with Jeff Lane. That band relocated to L.A. in 2014. and released a three-song 7-inch, Medium Rare.