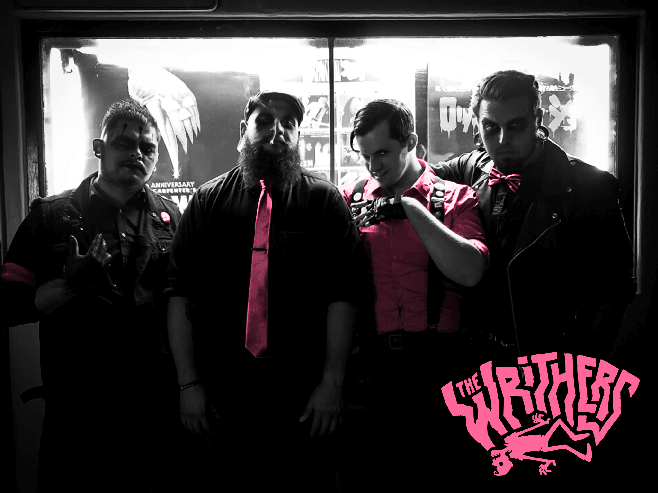 Based in Chula Vista and Rolando, the Writhers were founded in 2017 by members of JXV and Wolves Made of Stone. Performing what they refer to as “Horrorpunkabillydeathrocknroll,” they've played venues such as Brick By Brick, Soda Bar, Tower Bar, Ken Club, and Til-Two. they've shared stages with Argyle Goolsby (ex-Blitzkid), The Undead (ex-Misfits), Stellar Corpses, Michale Graves (ex-Misfits), the Spooky, PSO, Midnight Track, 13 Wolves, Free Paintings, the Strikers, Hard Fall Hearts, Drac & the Swamp Rats, and others.

Their debut EP The Ghastly Reminders was released in summer 2019 via Nothing But A Nightmare Records.